The experiment involves using the oocytes from Xenopus laevis, or the clawed frog, which is native to sub-Saharan Africa, to try to identify genes that are responsible for causing the lens of a vertebrate’s eye to form.

“We use the frog Xenopus laevis as a model for the vertebrate eye because they are very similar to our own eyes,” Plautz said. “The work, which I had begun as a graduate student at the University of Virginia, uses a screening method of taking naive tissue that could develop as a lens, an ear, a nasal epithelium, or a lot of different head structures and trying to find out if exposing it to different factors would potentially predispose it, would bias it, would induce it to become a lens.”

Using this screening method, Plautz was able to identify a gene in the frog known as ldb1.

Plautz first published a paper last December on the topic in the journal “Developmental Dynamics.”  The paper, titled “Early stages of induction of anterior head ectodermal properties in Xenopus embryos are mediated by transcriptional cofactor ldb1,” was written with co-authors Brett Zirkle and Malia Deshotel, who are 2010 Shepherd graduates, and Dr. Robert Grainger, professor of biology at the University of Virginia. Plautz said based on that paper, the JoVE editors invited her to submit a manuscript.

“The research is very methods heavy, so the JoVE editor identified it as perfect subject matter for a JoVE paper because their whole concept is reproducibility, accountability, and that the progress of science can go forward better if methods are clear and visualized, and if all the steps that are taken are really laid right out there,” Plautz said.

When she submits papers for traditional journals, Plautz’s job is normally done once the manuscript is peer reviewed and accepted. But in this case there were extra steps to prepare for the video shoot. Plautz and Williams had to work out all the methodologies, practice the techniques, and be able to duplicate everything for the camera.

Williams, who plans to go to optometry school after she graduates in May 2016, spent most of the summer in the lab as a Shepherd SOARS Scholar learning and mastering the techniques so she could be part of the video. The SOARS program at Shepherd is made possible by a Summer Undergraduate Research Experience grant to the School of Natural Sciences and Mathematics from the Experimental Program to Stimulate Competitive Research (EPSCoR).

“It’s really exciting to know that these techniques are contributing to something that I love, which is lens induction and eyes,” Williams said. “I’m able to use these techniques to relate to what I’m really interested in, and to be able to connect the two is really why I love this project.”

While the JoVE article discusses how to use the system to identify a gene that’s important to eye development, Plautz said it could also be used to identify other molecules that would have an effect on a target cell or a group of target cells.

“You could also use the system to identify many other tissues that are induced during embryonic development,” Plautz said. “It doesn’t have to be the eye.”

Plautz is a huge fan of JoVE and thinks it has the potential to revolutionize the way science is communicated because the centerpiece of every paper in the journal is a video.

“So few journals are printed in paper anymore—they’re all electronic,” she said. “If you have an electronic journal it’s not bound by having things look like they would in print. You can use the newer media, you can use video, and you can use large, interactive files. 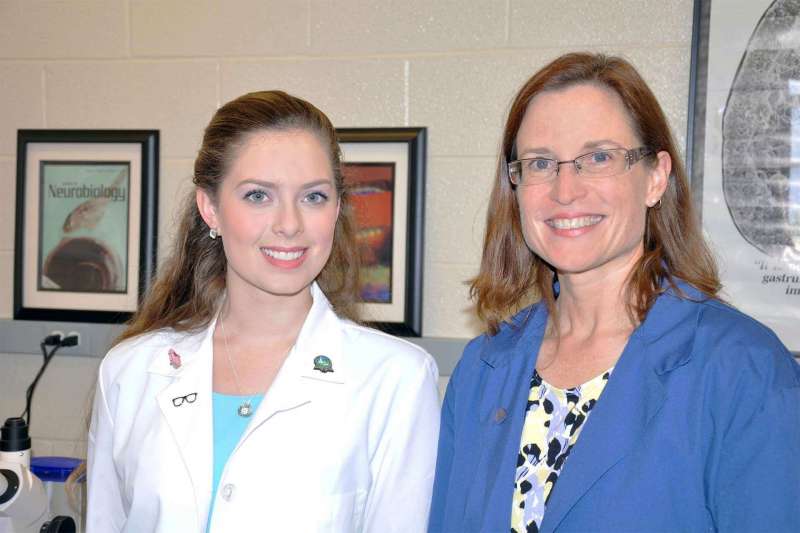 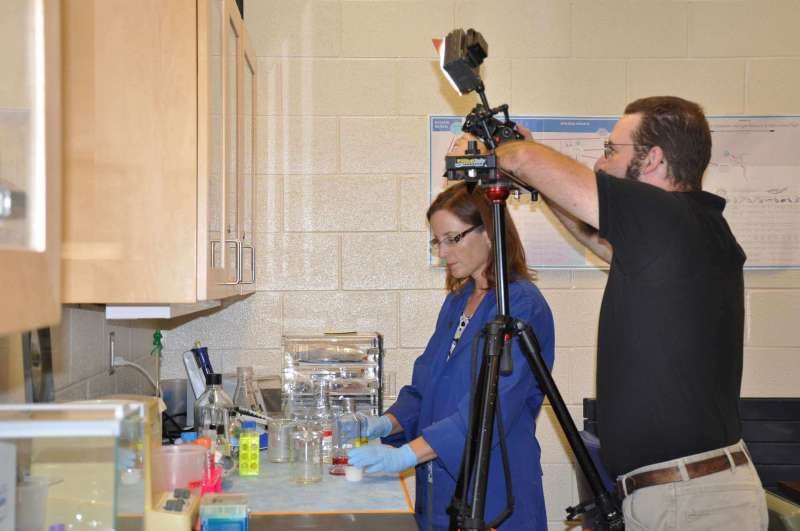 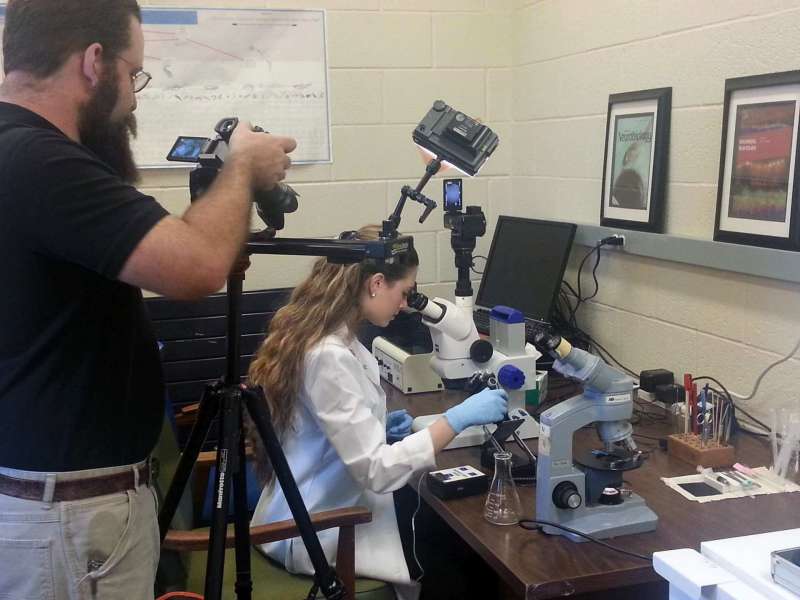 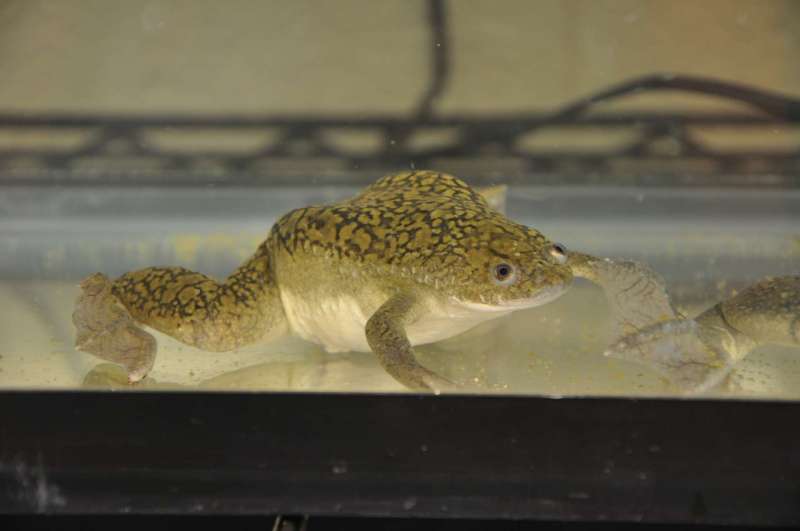