SHEPHERDSTOWN, WV — Shepherd University is receiving $100,000 over the next five years as part of a $20 million grant from the National Science Foundation to West Virginia’s Experimental Program to Stimulate Competitive Research (EPSCoR). The grant will be used for a research project called Gravitational Wave Astronomy and the Appalachian Freshwater Initiative and includes the participation of several universities and the National Radio Astronomy Observatory in Green Bank.

Dr. Jason Best, professor of astronomy and astrophysics, is spearheading the research that will be done at Shepherd on gravitational wave astronomy. He said up to 10 students will participate over the five-year period. They will be able to work at Shepherd in the astrophysics research laboratory in the Robert C. Byrd Science and Technology Center and at numerous institutions across the state, including the Green Bank telescope. Best said a lot of the work the students do will be computational and will involve conducting research on pulsars, rotating neutron stars which emit powerful bursts of radio emissions at regular intervals.

“You have to be able to understand how to detect those signals, how to process those signals, and how to make discoveries from the information,” Best said. “What’s great about this grant is we’ll be able to engage students not only in some of the computational areas of big data, but also some of the instrumental aspects that allow us to detect signals much better than has ever been done before.”

Best said the grant will also give Shepherd students the opportunity to present their research at conferences and possibly publish it in scientific journals.

“They’ll be able to engage in projects such as sophisticated modeling, the detection of astronomical phenomena, and analyzing data that are going to help us search for some of the most energetic objects in the universe,” he said. “There is so much data coming from the Green Bank telescope that it’s essential to have groups of scientists working to interpret it. All of us will be smarter than just one of us, so the Shepherd contribution is to work within the collaboration to help with some of these discoveries and to help with some of the development of the various tools that we’ll need.”

Another goal of the project is to improve West Virginia’s STEM-related research capability and infrastructure. Best said the students who participate will be better prepared to move on to graduate school or into industry.

“They will be developing skills that will help them as part of the 21st century economy,” he said. “I am excited because we have the opportunity to address fundamental science, some of the core elements of understanding our universe, and to provide Shepherd students the opportunity to be part of a world class collaboration that will not only hopefully advance the science but will also be part of a more effectively developed STEM workforce in West Virginia.

“In many ways astronomy asks the biggest questions,” he said. “The more that our students are able to participate, to expand their own understandings, to develop their skills, to increase their abilities, the stronger Shepherd science will be and the stronger West Virginia science will be.”

The water resources research portion of the grant will be coordinated through the Appalachian Freshwater Initiative and will investigate water quality in West Virginia as it relates to certain stressors. Best said the entire project also will bolster the state’s STEM workforce by providing specialized training in data mining, water quality monitoring, signal processing, and electronics design techniques.

Listen to the interview with Dr. Jason Best HERE. 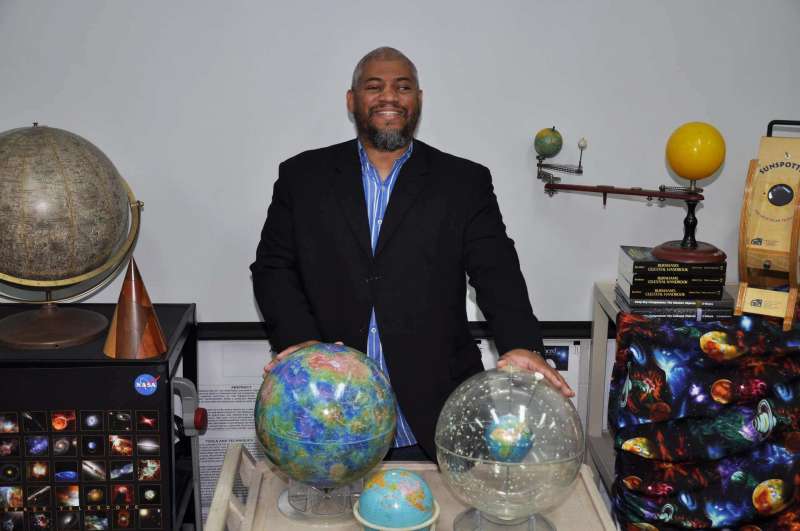