SHEPHERDSTOWN, WV — Dr. Scott Beard, Shepherd University’s associate provost, dean of Graduate Studies and Continuing Education, and professor of music, produced a “Holiday Gala of Grand Opera” at the Embassy of the Republic of Indonesia in Washington, D.C., on December 9.

The event, which also featured Shepherd adjunct faculty member Natalie Conte, soprano, was hosted by H.E. Budi Bowoleksono, ambassador of the Republic of Indonesia to the United States of America and his wife, Reshanty Bowoleksono. The sold-out performance featured music by Donizetti and Verdi and an Indonesian buffet prepared by the embassy’s award-winning chef.

“Performances in Washington are terrific opportunities to get Shepherd out to a wider audience, and especially those in the international community,” Beard said. “We are fortunate to have talented faculty like Ms. Conte who have an active performing career in the region. Additionally, this also allows me to work with vocalists and conductors from the New York area, many of whom are associated with the Metropolitan Opera.”

Aside from Conte, there were performances by Gustavo Ahualli, Timothy Augustin, Anamer Castrello, Israel Lozano, Liora Michelle, and Elizabeth Treat. They were accompanied by the Washington Opera Society Orchestra, conducted by Maestra Lucy Arner, and the chorus, conducted by Beard. Narration for the program was also provided by Beard, who is artistic director for the society. 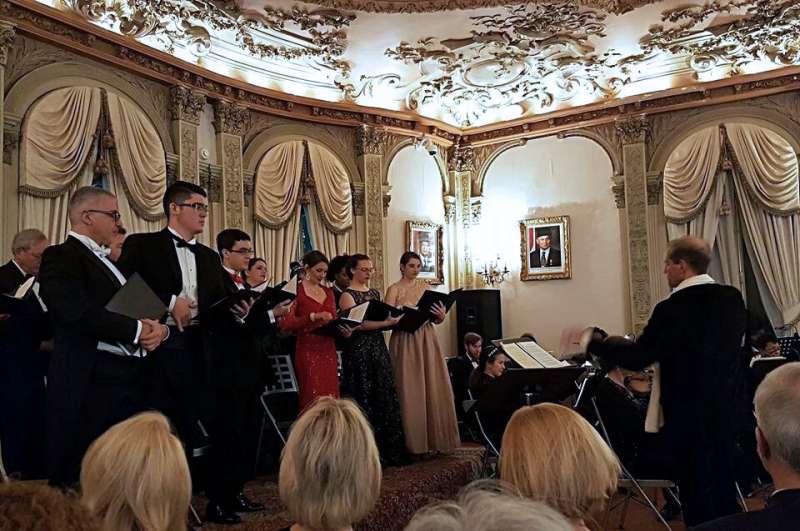