SHEPHERDSTOWN, WV — A group of students at Shepherd University will learn the art of science and the science of art during the spring 2015 semester in a new digital fabrication class. Christian Benefiel, assistant professor of art, will teach the class, which will include students from the Department of Contemporary Art and Theater, and Department of Computer Sciences, Mathematics and Engineering.

“It’s an engineering class for artists and an art class for engineers,” Benefiel said. “So it’s geared around design but it’s also geared around physical production coding.”

The class was made possible through funding from Shepherd’s Technology Oversight Committee that allowed the university to buy a CNC laser cutter. Benefiel said the laser allows the precise cutting of small parts in material like paper, plastic, wood, and cardboard. It also allows etching in materials like glass and aluminum and the ability to create custom circuit boards.

“This equipment is expected to be utilized by the engineering students in robotics and capstone projects, as well as art students across a variety of media and coursework,” Benefiel said.

The class will also incorporate the use of the university’s MakerBot Replicator 2X Experimental 3D printer, three and four axis mills, and CNC plasma cutter.

“The idea with what we’re trying to do is build a facility where arts and sciences intersect because there is a lot of overlap specifically with this 3D technology,” Benefiel said. “The arts and sciences are not mutually exclusive from one another and both fields benefit when you have people who are geared toward the creative and people who are geared toward the more scientific approach work together.”

Benefiel is excited about teaching a class that includes students from the two departments.

“For me the pursuit of art has a very similar format to the scientific method,” he said. “It’s a process where you have an idea, you put it into action, you look at the results, you learn from the results, you modify, change, and adapt.”

Benefiel also sees a practical benefit to the class because the students will use equipment that is similar to what’s standard in the industries where they might work once they graduate.

“This is the way things are going. The clock of technology rarely turns backward,” Benefiel said. “Understanding how this machinery works, how the software interprets a model, are things students can apply moving forward to a large number of machines. Each machine has its own specific way of doing things but they’re all built on a similar foundation and coding.”

While he’s preparing to teach a class that involves high tech machinery like lasers and 3D printers, Benefiel continues to sculpt with old-school materials, including wood, found objects, cast iron, and other metals.

In May and June, Benefiel was a visiting lecturer at the Academy of Fine Arts of the University of the Arts Helsinki in Finland, where he led a course in metal casting. In 2010-2011 he received a Fulbright grant to build an environmentally sound foundry for the academy.

During a trip to Europe he and an upper-level sculpture student also attended the International Conference on Contemporary Cast Iron Art at Pedvale Sculpture Park in Latvia, where Benefiel served on two panels: one about digital technology in sculpture and the other dealing with iron as a material out of context in contemporary art.

Benefiel points out that the ancient art of iron-casting, or pouring melted metal into a mold to create an object, hasn’t changed much in the past 100 years since the incorporation of electric blowers and use of coke instead of charcoal as a fuel source.

“I think there’s something very visceral about the process that sets casting iron apart from other more contemporary materials like bronze, aluminum, or stainless,” Benefiel said. “As a material it has certain properties that you’re not going to get in other metals. It’s relatively hard but it machines easily because there’s a lot of graphite in it.”

Benefiel coordinates the bachelor of fine arts sculpture program at Shepherd and oversees hot metal pours that take place occasionally on the patio between the two Center for Contemporary Arts buildings. The end of the patio is where rusty hand-built furnaces, wooden pallets, and donated scrap metal are stored. The fall semester pour took place Saturday, November 7, and included students and professors from Shepherd, other universities, and community members.

“There’s definitely a mentality that’s associated with it and I think it draws a culture of people who are interested in community-based activities, collaborative things,” Benefiel said.

Benefiel estimates about 800 pounds of metal were melted during the six-hour pour. Molds for sculptures were made from a variety of materials including resin bonded sand, ceramic, and wood.

When he’s not overseeing a community pour at Shepherd, Benefiel takes advantage of invitations to attend pours at other universities. He and some students have traveled as far away as Birmingham, Alabama, and Buffalo, New York, to have their work cast.

“It’s a huge undertaking for any one person or institution to go through. So if the students want to work with the material more than once over the course of the semester by traveling a little bit, we get the opportunity to do that,” he said. “It also exposes the students to what other artists and students in the field are making and how they’re using the material so it’s  a really good education tool.”

Listen to the interview with professor Christian Benefiel HERE. 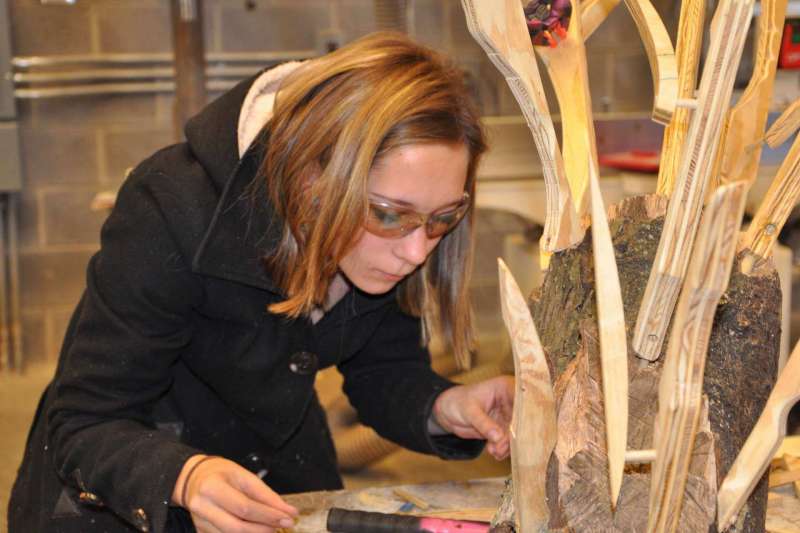 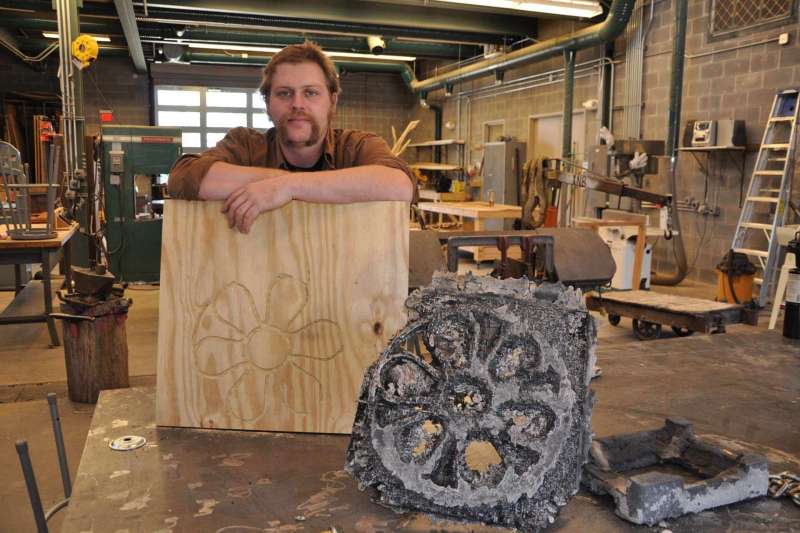 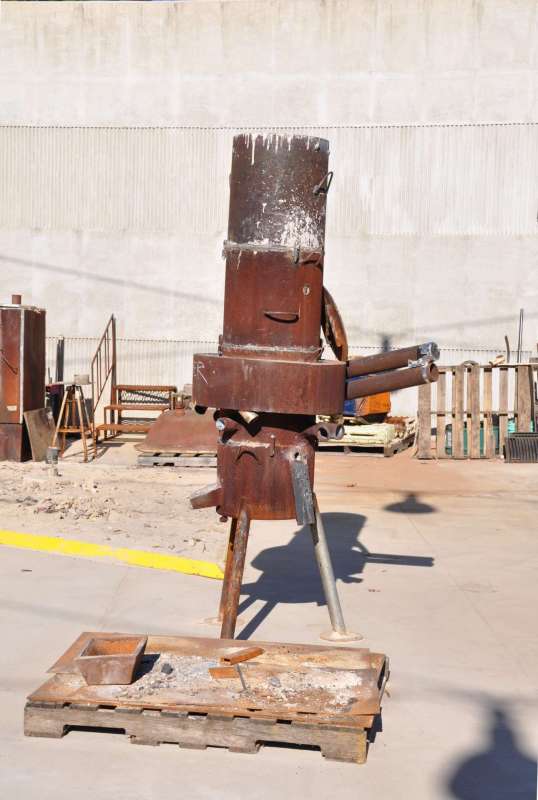 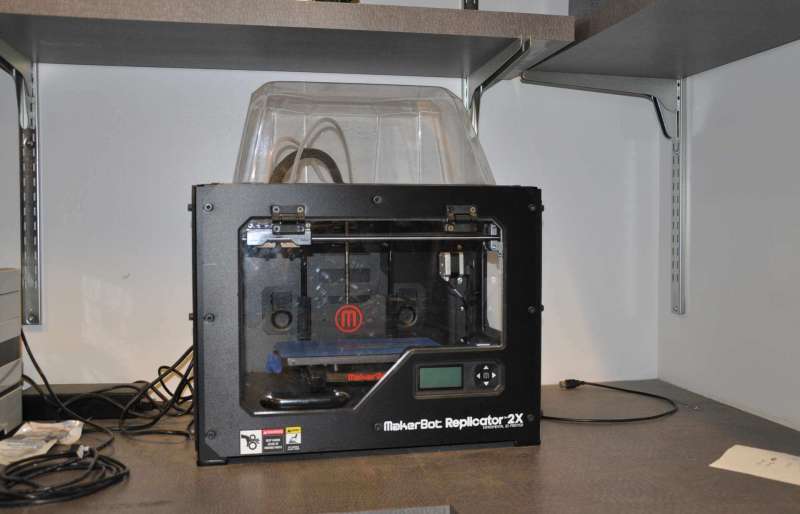