SHEPHERDSTOWN, WV — Removing arsenic from drinking water is the topic of Shepherd University’s next Faculty Research Forum on Monday, October 9, at 4 p.m. in the Robert C. Byrd Center for Congressional History and Education auditorium. Dr. Jordan Mader, assistant professor of chemistry, will give a talk that is free and open to the public titled “What am I drinking?: Development of a novel low-cost method to remove heavy metal contaminants from water.”

Mader will discuss research she and some of her students have been conducting for about five years that focuses on developing a low-cost, low-technology filtering process using polymer foam to remove arsenic, which is a metalloid, from polluted groundwater.

“I’ll talk about the strategy that we’re using to synthesize this material and its benefits,” Mader said. “I’ll focus on removing arsenic from groundwater because it’s an issue throughout the United States and especially in this area, with arsenic being used in pesticides for apple orchards, being in mine runoff, and in various other industrial sources.”

Arsenic is a naturally occurring element that leaches into water as it passes through bedrock. Mader pointed out that people in the United States benefit from having good water treatment that removes most of the arsenic from drinking water, but that’s not always the case throughout the world.

“Especially in places in India, Bangladesh, and other areas near those countries, the bedrock is very arsenic rich and the technology to remove it isn’t as readily available as it is here,” Mader said. “This is a really nice system, once we get it up and running, that could be used throughout the world.”

Mader is trying to develop a filter that can be installed in the house that will rid the drinking water of heavy metals like arsenic and help people avoid getting ill from it.

“Arsenic can cause birth defects, it can cause many different kinds of cancer, it can affect most of your organs, it builds up in your body, and it’s pretty nasty stuff,” Mader said. “Not a lot of people in the United States know that this is an issue. We hear about lead and maybe mercury, but not as much about arsenic.” 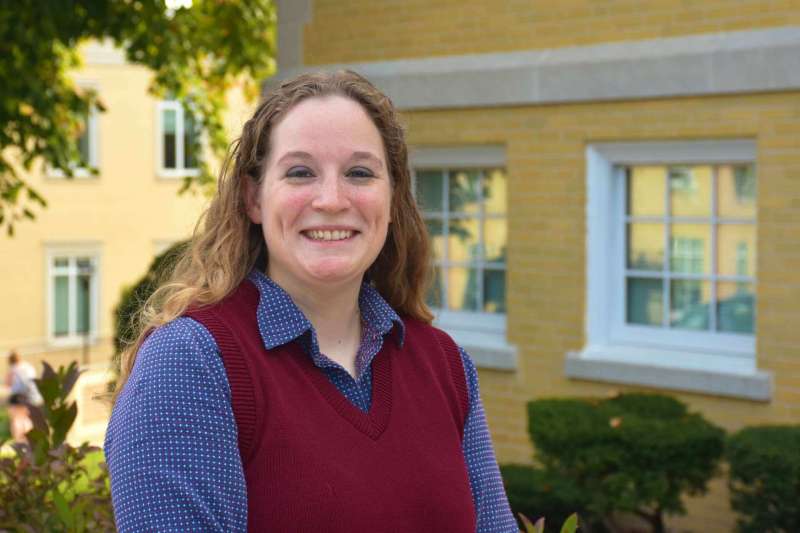