SHEPHERDSTOWN, WV — The newest “Anthology of Appalachian Writers: Homer Hickam Volume VII,” published by Shepherd University, the Shepherd University Foundation, and the West Virginia Center for the Book, will have its official debut with a reading, titled “A Celebration of Appalachian Storytellers and a Musical Interlude,” on Tuesday, October 6, at 7 p.m. at the Robert C. Byrd Center for Legislative Studies auditorium.

The event will also include an original musical composition based on a poem by Frank X Walker, “Ambiguity Over the Confederate Flag,” by composer and Shepherd alumnus Kaziah White, performed by students from Shepherd University’s Music Department. An 8 p.m. reception sponsored by the Shepherd University Foundation and the Scarborough Library will take place in the library Reading Room. Both events are free and open to the public.

“Each anthology highlights the work of the Appalachian Heritage writer-in-residence, with scholarship, interviews, and a range of literary pieces that reflect the heritage writer’s interests,” said Dr. Sylvia Shurbutt, professor of English and senior managing editor of the anthology. “Because Homer Hickam was our heritage writer, the focus this year in putting the book together was on West Virginia, the coal mining culture, and original stories from the region.

“This is one of our finest anthologies, an exquisite gem of superb Appalachian writing,” Shurbutt added. “Homer was kind enough to give us one of his unpublished Rocket Boys stories, called ‘A Most Unwelcome Adventure,’ which is the highlight of the volume.”

Besides the original unpublished story by Hickam, which is based on the characters from his Rocket Boys trilogy, the volume includes poetry by West Virginia Poet Laureate Marc Harshman and award-winning fiction writers and poets Natalie Sypolt, Jessica Salfia, Kathleen Furbee, Llewellyn McKernan, Sue Silver, Zach Davis, Mark Defoe, and other Appalachian writers from across the country.

Editor David O. Hoffman has included an original piece by heritage writer John Fox, Jr., and an essay about Fox’s contribution to 19th century local color writing. An essay about and an interview with Hickam are included in the collection, as well as an essay on Harshman. The collection also contains photographs of the region from photographers such as Randi Ward, a Pushcart nominee whose work has been published before in the book.

This year’s writer-in-residence is Nikki Giovanni, who will spend time on campus and in the community throughout the coming week. For information about this year’s program, visit www.shepherd.edu/ahwirweb/giovanni/.

The Homer Hickam anthology can be purchased from the Shepherd University Bookstore, online at www.shepherdbook.com/, at Tamarack, and at a variety of bookstores and museums.  For more information about the Hickam volume and to learn submission information for the Giovanni volume, which will be published next year, visit www.shepherd.edu/ahwirweb/anthology/. 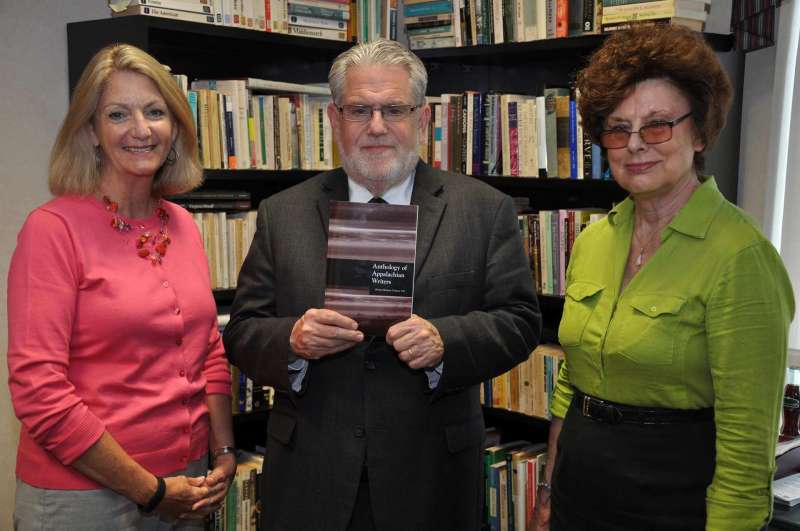