The event is open to the public and will feature tunes played by disc jockey Rick Rohn as well as live music. Dance lessons will be offered beginning at 6 p.m. Admission is by donation. Every $100 raised will help the Shenandoah Women’s Center pay for one safe night for a woman and her family.

Laurel Chapelle, a social work major from Sharpsburg, Maryland, and chair of Shepherd’s Anti-Human Trafficking Task Force, said co-sponsoring the event gives the group the opportunity to bring awareness to the campus and community that human trafficking can happen anywhere, including here.

“With I-81 and I-70 going through this area, just like drugs, humans can be trafficked,” Chapelle said. “Those two things are connected.”

Chapelle said the 2017 sock hop raised enough money to cover 39 safe nights. This year the group hopes to raise even more. If there’s inclement weather, the sock hop will be rescheduled for Friday, March 2. 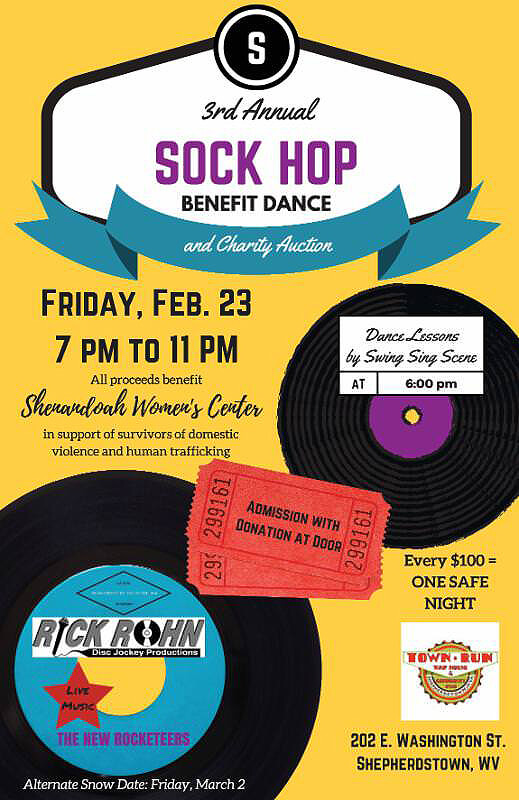