SHEPHERDSTOWN, WV — Shepherd University’s annual Musical Showcase for Scholarships on Saturday, March 2, at 8 p.m. in the Frank Center Theater will feature the Martinsburg Jazz Orchestra and Shepherd alumni Nathan Arch, Hannah Wardell, and Jillian Wiley. Individual tickets for the event, which includes a post-concert dessert reception, are $100. Sponsorships are also offered at the $500, $1,000, and $1,500 levels. All proceeds from this event will provide scholarships for current and future Shepherd music students.

The Martinsburg Jazz Orchestra is a 16-piece ensemble that has performed at a variety of venues throughout the region for more than 20 years. Dr. Mark Andrew Cook, professor of music at Shepherd, is musical director for the orchestra, which includes members from the community as well as Shepherd faculty, students, and alumni. Since its debut performance at the 1990 re-dedication of the Apollo Civic Theatre in Martinsburg, MJO has performed for audiences of all ages with its ever-expanding library of authentic swing music and contemporary big band jazz. Its 1997 European tour was highlighted by a performance for an international audience at the United States embassy in Vienna. More recently, this high-energy ensemble has earned standing ovations as the opening act for a Maynard Ferguson concert and as the featured big band at the Bluemont Concert Series.

“Our program for the Shepherd University Showcase for Scholarships will include a wonderfully eclectic variety of jazz standards and new arrangements that are fun to play and exciting to hear,” Cook said. “The Scholarship Showcase is a wonderful opportunity to support our students and our long-term mission to develop and maintain an increasing pool of scholarship revenue in order to build income-generating scholarship investments for the future of Shepherd’s Department of Music.”

Nathan Arch earned a B.A. in piano performance from Shepherd and is currently in his second year as a doctoral student at Arizona State University, where he is pursuing the Doctor of Musical Arts degree in collaborative piano and conducting research focused on the early chamber music of Alexander Borodin, specifically his unfinished piano trio. This is his fourth year as a teaching assistant at ASU, where he plays for many recitals, master classes, and workshops, while also serving as pianist for the university Chamber Singers. The past two summers, Arch has served as scheduling coordinator for the Vianden International Music Festival in Luxembourg and guest artist for the Saarburg International Music Festival in Germany.

Hannah Wardell is an emerging artist known throughout the greater Baltimore area for her unique timbre and enchanting stage presence. Wardell’s opera credits include Katisha in Gilbert and Sullivans’s “The Mikado,” Romeo in Bellini’s “I Capuleti e i Montecchi,” The Princess in Dargomyzhsky’s “Rusalka,” Polina in Tchaikovsky’s “The Queen of Spades,” Cherubino in Mozart’s “Le Nozze di Figaro,” the Third Lady in Mozart’s “The Magic Flute,” Dorabella in Mozart’s “Così fan tutte,” Iolanthe in Gilbert and Sullivan’s “Iolanthe,” and the Sorceress in Purcell’s “Dido and Aeneas.” This year Wardell will sing the role of Teresa in Bellini’s “La sonnambula” with the Baltimore-based concert opera company she started, Opera Alchemy. Wardell received her undergraduate degree from Shepherd and recently completed her master’s degree at the Peabody Institute of the Johns Hopkins University studying with Steven Rainbolt.

Jillian Wiley, assistant director of the Frederick Children’s Chorus, holds a B.A. in vocal performance from Shepherd and an M.M. in voice and vocal pedagogy from Peabody Conservatory at Johns Hopkins University. She also studied with tenor Neil Rosenshein at the Manhattan School of Music. Wiley currently teaches musicianship and provides vocal coaching for soloists at the Frederick Children’s Chorus. While at Shepherd, she performed the role of Sandman in “Hansel and Gretel” and Nurse Lola in “Gallantry.” She performed several roles at Peabody, including Barbara in the world premiere of “Meeting at the Fence,” Gretel in “Hansel and Gretel,” and Girl 2 in the U.S. premiere of “ANON.” Wiley performs locally and nationally as a vocalist in classical, theater, and opera roles and teaches private voice lessons in Washington, D.C., and Northern Virginia.

To purchase tickets for the Musical Showcase for Scholarships, visit https://www.shepherd.edu/music/musicshowcase. 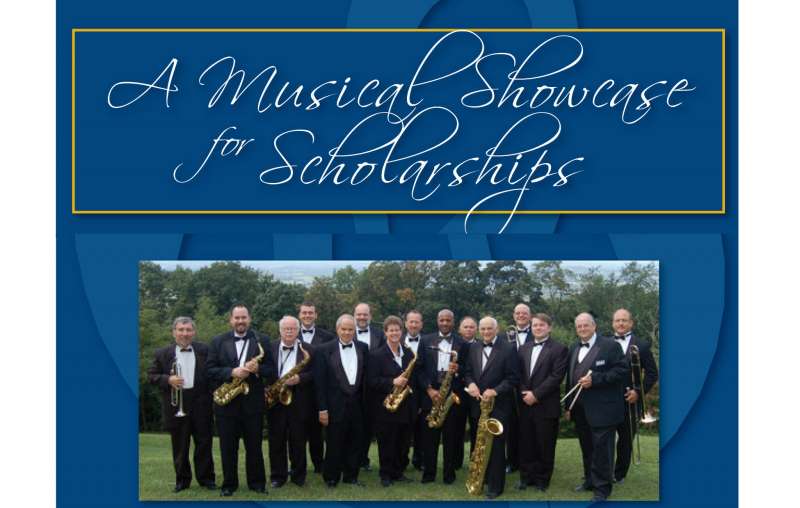