SHEPHERDSTOWN, WV — Life, in a way, has come full circle for Kahlen Browning, a business administration major from Raleigh County. Browning just finished his first year at Shepherd University and will return to campus June 21-27 to work as a counselor at the Washington Gateway Academy. This is Browning’s second time at Gateway. The first was in 2009 as a middle school camper. Browning credits Gateway for his decision to attend Shepherd after graduating from high school.

“The campus was amazing,” Browning said. “The whole experience is just something I will never forget. Everything was all summered out so all the trees and flowers were in bloom. It has a hometown-like feel so it was just a wonderful experience.

“Even still today, other than a few modifications, the campus is perfectly as I remembered,” he added. “So it made a very lasting impression. In my opinion it’s one of the best campuses that we have.”

For 25 years the Washington Gateway Academy has hosted more than 2,000 rising eighth grade students from across the state who might need an extra push to consider attending college. Dr. John E. “Quincy” Adams, assistant vice president emeritus of student affairs, directed the program from its inception until he retired in 2013.

Adams said when the Washington Gateway Program started in 1991, there was concern about the low number of high school students who went on to post-secondary education. Adams said the West Virginia Legislature designated $100,000 in lottery money to create the Washington Gateway Program, which takes advantage of university’s proximity to the nation’s capitol. The program offers the junior high camp in the summer as well as courses, internships, and bus trips to Washington, D.C., for Shepherd students during the school year. But the centerpiece is the weeklong summer camp for middle school students every June.

“They ate it up,” Adams said. “Some parents called to say their kid had changed for the good after attending the Gateway Academy.”

Adams said the academy has been extremely successful if you measure its college-going rate. About 80 percent of the students who attend pursue post-secondary education, most at a West Virginia college or a community college. Some students, like Browning, come back to Shepherd. But many attend other colleges across the state.

Adams recalled getting a letter in the mid-1990’s from a coal miner who was the parent of a child who attended the academy.

“The coal miner wrote stating his son would never have had the opportunity to think of going to college had it not been for Gateway,” Adams said. “That kid went to Berea College.”

“If you can get a kid to come and live on a campus and go to a class, that’s huge,” Adams added. “That experience in itself creates interest to go to college.”

Adams successor, David Cole, dean of students and current Gateway director, said the academy continues to host 60-80 eighth grade students from across the state each June. Information is sent to every middle school asking teachers to nominate students to the camp, which is free. Students who attend must have average to good grades, be eligible to enter eighth grade, be no older than 14, and be a resident of West Virginia attending a public school.

The academy basically targets “C” students who might be the first in their family to attend college or who might come from single parent households. The goal is to inspire them to consider college as an option.

“At Gateway they will be exposed to being away at school and being on a college campus with courses taught by college-level professors,” Cole said. “We are trying to get them to understand the importance of attending school.”

“I believe this program is one of Shepherd’s great contributions to college preparation for students across the state of West Virginia,” said Dr. Jason Best, professor of astronomy and astrophysics. Best has been involved with the academy since 1998 and serves as its academic coordinator.

Best finds it gratifying to see students succeed after attending the academy. The camp offers courses in mathematics, science, social studies, social justice, college preparation, and study skills. Best said there is a mix of classroom and field experience that includes trips to the National Air and Space Museum, Natural History Museum, and the United States Holocaust Memorial Museum in Washington, D.C., and to Harpers Ferry.

“We use all of these facilities with specific targeted activities so the students can take what they’ve learned in the classrooms into the field and immerse themselves, to demonstrate not only their capacity for learning but their capacity for growing,” Best said.

Both Best and Cole say eighth grade is the perfect time to encourage these students to consider life beyond high school.

“Usually when students are in eighth grade they start to think about where do they want to go when they get out of high school and whether they want to continue their education,” Cole said. “Most of the students who attend Gateway have thought about college but they’ve not really been focused in on it especially if they don’t have any role models like family members who have attended before. This is a way to give them some information to help them look in the right direction to continue their education.”

An opportunity to inspire others

It’s a tactic that worked well for Kahlen Browning, who is the first in his family to attend college. Browning said he chose Shepherd over other schools because he found the campus welcoming when he attended the academy and that feeling has continued now that he’s a student here.

“Anywhere I go on campus I feel like I belong here,” Browning said. “I feel safe on this campus and I feel like I’m at home.”

Gateway also inspired Browning to become more involved in campus activities. He works for the student ambassador association through the admissions office giving tours of campus, he’s Student Government Association secretary for the coming school year, he’s on the Multicultural Leadership team, and he’s excited to be a counselor at the upcoming academy.

“I want to be able to give the opportunity to these upcoming kids and to hopefully inspire at least one of them to think differently about their future,” he said.

But this might be the last year for the program and the summer camp that has inspired so many West Virginia students to pursue post-secondary education. The Gateway Program has seen cuts in recent years that forced it to suspend the classes it has traditionally offered to college students each semester.

But the largest cut will come in the fiscal year 2016 budget, which begins July 1. Cole said the state cut the Gateway budget by 80 percent. That would only give Shepherd up to $20,000 to operate the entire program next year. Cole estimates it costs $65-70,000 to run the camp as it is currently set up.

Cole said the campus Gateway committee, which oversees the program, hopes to at least save the summer camp. The committee is considering cost-saving changes and is looking for ways to find money to pay for the camp in the future.

Listen to the interviews with Kahlen Browning and Dave Cole. 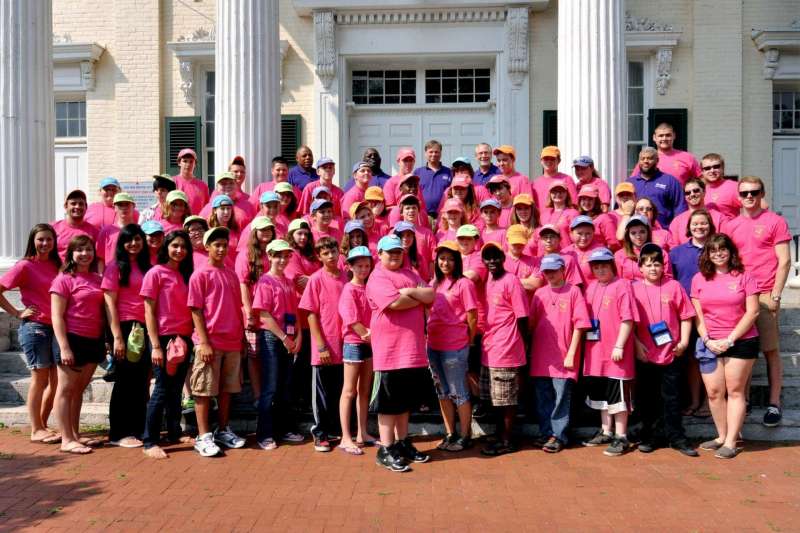 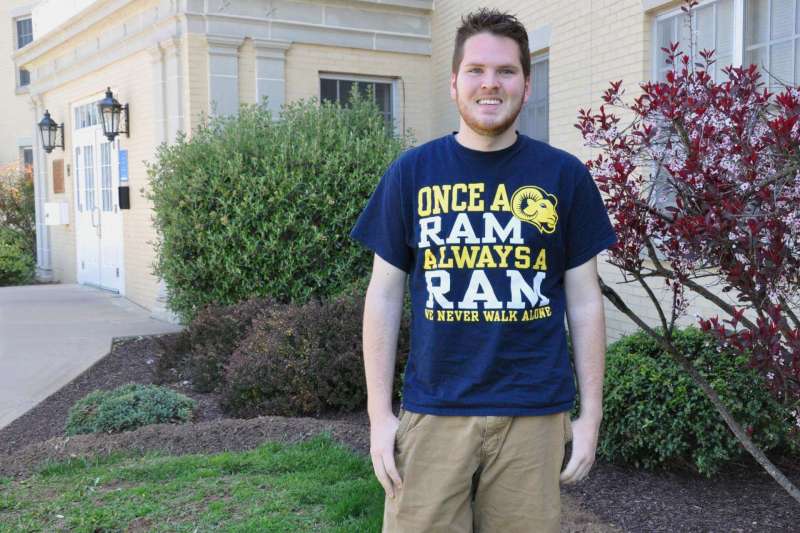