SHEPHERDSTOWN, WV — A Shepherd University lecturer and clinical instructor will spend nine months in Nicaragua working on child welfare issues thanks to a grant from the J. William Fulbright Foreign Scholarship Board. Amy Garzon Hampton recently learned she is the recipient of a 2015-16 Fulbright U.S. scholar grant.

The Fulbright Program, which was started by former U.S. Senator J. William Fulbright (D-Ark.), aims to increase mutual understanding between the people of the United States and people in other countries and is the flagship international educational exchange program sponsored by the U.S. government.

Garzon Hampton will spend her time as a Fulbright at the Universidad Nacional Autónoma de Nicaragua (UNAN), León, where she will help implement a child welfare class in the university’s social work department and will put together a pilot training program for foster parents.

“We will be doing an assessment of what they see as the most needed areas for training,” Garzon Hampton said. “I will be putting those together in Spanish and hopefully in a cultural-relevant way.”

Garzon Hampton anticipates the work in Nicaragua will be similar to what she does at Shepherd.

“Basically I will be doing exactly what I am doing here but in a Nicaraguan context and that’s one of the reasons I was so excited about it,” she said. “I’ve wanted to do international work for a long time. But I’ve always felt when I looked at the opportunities I had to squeeze my square peg into a round hole by trying to cast my skills and abilities into the right light so they appeared transferable.”

Garzon Hampton, who has a master of social work degree from the University of Maryland, first traveled Latin America while she was earning her M.S.W. She said during that trip a pretty big paradigm shift took place.

“I came back and went from a very clinical focus in my studies to a macro-perspective and started to deal more in community development and community organizing,” she said.

As she prepared her application for the Fulbright, Garzon Hampton took advantage of what the Paul and Lisa Welch Distinguished Awards Program offers. Dr. Timothy K. Nixon, associate professor of English and Welch program director, helped her fine tune the application.

“He was encouraging, he was warm, and he did not seem like he was bothered when I needed to reach out for help which made me feel so good,” she said. “When we started to hit bumps in the road, he was beside me to help figure it out. He’s been awesome and a great cheerleader.”

The program was started two years ago when Paul and Lisa Welch made a major gift to Shepherd with the goal of helping prepare students for prestigious scholarships and awards like the Fulbright, Rhodes, and MacArthur.

The Welch program also sponsors on-campus events to raise awareness of grant opportunities and to help faculty, staff, and students apply for them. For example, the program is helping sponsor a visit to Shepherd by a Fulbright scholar from Ukraine who is currently with Washington State University in Pullman, Washington.

The program also sponsored a two-day writing workshop this semester for students interested in applying for major awards and for graduate and medical school. The goal of the workshop, conducted by Dr. Christy Wenger, assistant professor of English, is to teach students how to write a strong essay or statement.

“The idea is to teach students how to distinguish themselves from a stack of 600 other applicants in one page or less,” Nixon said.

The program has also been working with honors students starting in their freshman year to prepare them to apply for awards.

“We think it’s a good idea to begin to cultivate those prospective applicants early on, to put it on their radar screen in their first year,” Nixon said. “Hopefully by the time they’re juniors they will be viable candidates to start the application process.”

Nixon, who is originally from Fort Walton Beach, Florida, is a Fulbright scholar who spent time in Germany as an English teaching assistant. He’s found it has helped him in his academic career and during the 12 years he spent working in the corporate world, about eight of those years in marketing for Bell Atlantic International, the international marketing arm of the company that is now called Verizon.

“I worked for them and was ushered into a position there because I had the international experience and the language skills,” Nixon said. “So immediately my resume was distinguishable from a stack of other resumes of people who basically have no professional experience.”

Nixon is hoping what the Paul and Lisa Welch Program offers will help more Shepherd students, faculty, and staff find success applying for Fulbright and other prestigious awards. For more information, contact Nixon at 304-876-5365 or at tnixon@shepherd.edu.

Listen to the interview with Amy Garzon Hampton HERE.

Listen to the interview with Dr. Timothy K. Nixon HERE. 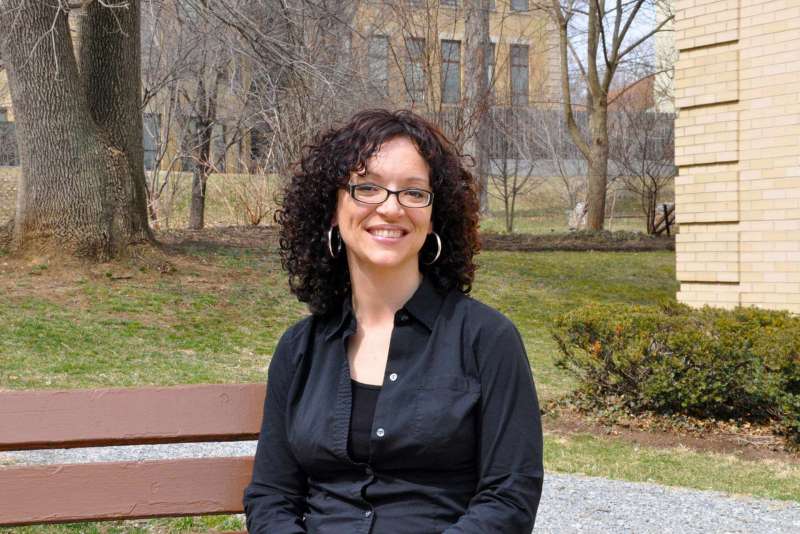