SHEPHERDSTOWN, WV — A Shepherd University student has been recognized by the West Virginia Junior Chamber, or Jaycees, for the work she’s done to help the families of children staying in the WVU Medicine Children’s Hospital neonatal intensive care unit (NICU) in Morgantown. On January 28, Alyson Hehr, a senior from Wheeling, received an Outstanding Young West Virginian Award from the Jaycees.

Seven years ago, when Hehr was 14, she and her mom started Alyson’s Angels, Inc., a nonprofit organization that raises money to provide care packages for families with children in the NICU. Hehr said her entire family is involved, helping to organize fundraisers and making two trips to Morgantown each year to deliver the packages.

“Over the years we’ve created about 900 care packages,” Hehr said. “They include everything from snacks to personal hygiene items and a $25 gas card for each family.”

Hehr and her mom started the charity because they wanted to support other families who are going through what they once went through. Right after Hehr was born, she stayed in the NICU for six days, forcing her parents to drive back and forth between Wheeling and Morgantown. It’s a story Hehr has heard every year on her birthday.

“It just really made me want to find some way to give back,” she said. “This is one way to make the lives of families in such an awful situation easier.”

Hehr said after she received the award in Wheeling last month, a member of the Jaycees told her the hospital her charity supports was the organization’s main project in the 1980s and 1990s.

“So the organization that honored me is part of the reason I’m alive today,” she said. “That is really awesome.”

Hehr said being involved with Alyson’s Angels has taught her practical lessons—like how difficult it is to start and sustain a nonprofit organization. It’s also taught her that she can have a positive effect on the world.

“I’ve learned that no matter what you do, the smallest actions can make a difference, because I never thought Alyson’s Angels would make such an impact,” she said. “But then we started getting all this recognition and all these thank you letters, so it’s really a bigger impact than anyone thought it would be.”

Her advice to others—find what you’re passionate about and get involved, even if you can’t start your own nonprofit.

“We just saw a need that wasn’t being fulfilled and we decided to fill it,” Hehr said. “I think the best way to help is to work with organizations that already exist, because we would not exist without other people donating to us and coming to our fundraisers.”

“I knew from the time I was little I wanted to be a lawyer,” Hehr said. “But I realize through Alyson’s Angels that I can have an impact and that just makes me want to help people on a more broad scale.” 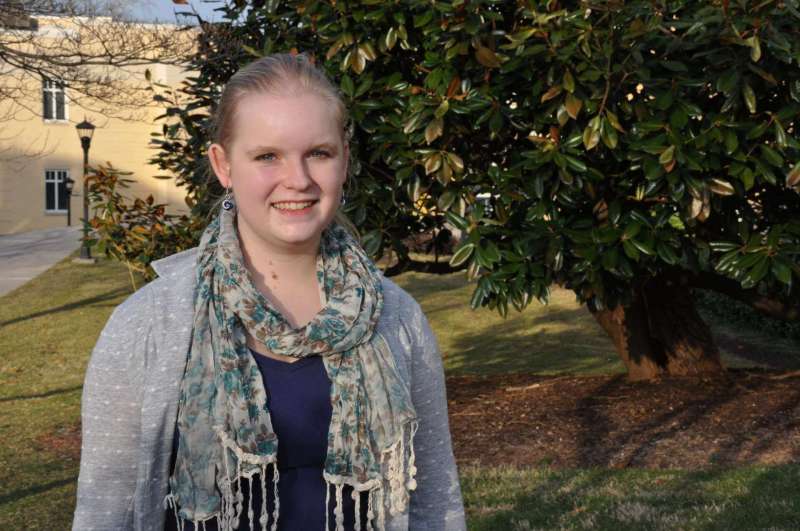