SHEPHERDSTOWN, WV — Shepherd University students and alumni are helping to test a new social media tool developed by a company that was co-founded by a Shepherd adjunct professor. About two years ago, Alan Gibson, adjunct modern language professor, and Dillon Myers, CEO and president of Potluck, along with Jim Mathews, vice chairman of Healthy Companies of Arlington, Virginia, started Potluck after the U.S. Census Bureau reported an increase in the number of people who live alone.

“We did a lot of research and found out almost half of all meals in the U.S. are eaten alone,” Gibson said. “We thought ‘there’s an opportunity here’ because at dinnertime people traditionally spend time with their family and exchange ideas. It’s a time that people who live alone miss because they don’t have someone to talk to at dinner.”

Those interested in finding some dinnertime companionship can log into Potluck and create a profile, describe their interests, and choose a night they are available. They would then log onto the website on the scheduled night and Potluck would connect them with others who have the same interests.

“You could bring your dinner, sit in front of the computer, and find somebody to enjoy a real live face-to-face dinner conversation with,” Gibson said. “You don’t have to leave your house. They don’t know anything about you. It’s totally safe. It’s not a dating application. It’s simply to have conversation.”

Potluck also offers the opportunity for cross-cultural exchanges. Myers points to an example where some people in the Philippines eating breakfast were able to converse with some people in New York who, because of the time difference, were eating dinner.

“It’s cool that Potluck can connect people from different cultures,” Myers said. “It adds a layer of excitement. You never know who you’re going to get connected with. You really wouldn’t otherwise meet them unless it was through this platform and you already know you have things in common with them.”

Currently, Potluck is beta testing and is offering the opportunity to utilize the website for dinner conversation one day a week. Gibson said the public can participate in Potluck Wednesdays every Wednesday at 7 p.m. by registering at www.potluck.world/. The company expects to release Version 1 in early 2017 and is working to develop an iPad app to release at that time as well.

While the primary goal of Potluck, which was recently named one of the Seven Startups to Watch by Forbes magazine, is to help people find scintillating dinner conversation, Myers and Gibson see other uses for the platform. The Shepherd Alumni Association recently hosted an event through Potluck that allowed students to get some career mentoring from alumni.

Students who registered on Potluck selected the field of study they are interested in pursuing. Alumni registered and selected their field of work. Potluck matched the students with alumni based on their interests and the students were given three 15-minute sessions to ask questions, get advice, and network.

“The students benefit because they are able to speak with an alum who’s successful in his or her field of study, whether it’s to ask about a career field that might interest them, to confirm their choice in a major, or to get some networking experience,” said Alexis Reed, executive director of the Alumni Association.

Reed said because Potluck is an online tool, it gave alumni who don’t live nearby the opportunity to participate in a campus event.

“A lot of alumni want to help students and this is an easy way to give back from the comfort of their own home,” Reed said. “We’re always talking about engaging alumni who aren’t close to campus, so this is a perfect opportunity.”

Reed said the Alumni Association hopes to offer Potluck mentoring sessions to students on a regular basis. Myers said having students and alumni utilize the application fits perfectly into the company’s business plan.

“Our strategy right now is to get Potluck into the hands of as many different organizations as possible, including alumni organizations and other affinity groups,” Myers said. “That way we can build up a critical mass of users. Then next year we’re going to launch into the consumer market around the dinner application.” 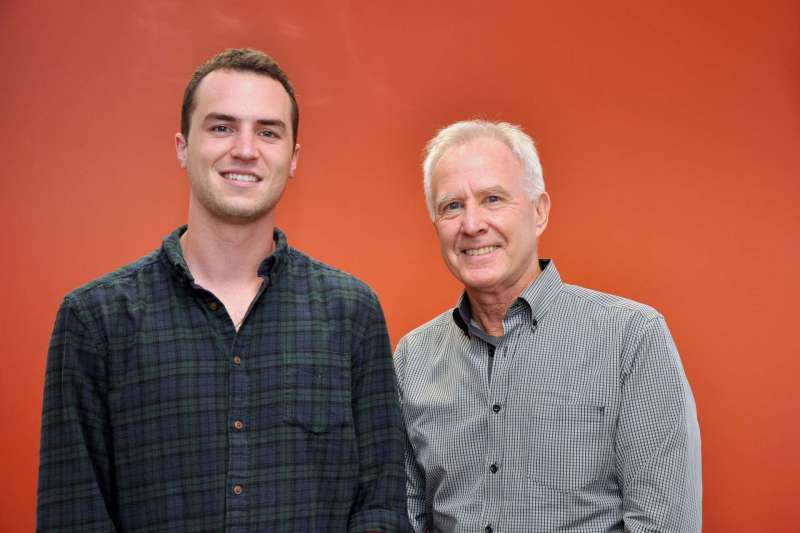