SHEPHERDSTOWN, WV — Shepherd University’s first Faculty Research Forum of the new academic year will focus on how the establishment of the Green Party in Germany in the late 1970s had a moderating effect on that organization’s members. Dr. Keith Alexander, assistant professor of history, will give a talk titled “The Alternative Liste Westberlin and the Evolution of the German Left” on Wednesday, September 13, from noon-1 p.m. in the Robert C. Byrd Center for Congressional History and Education auditorium. The event is free and open to the public.

In October 1978, diverse members of the West Berlin Left founded the Alternative Ballot for Democracy and Environmental Protection (AL). Initially, the new political organization fundamentally opposed the parliamentary system. Within three years, however, the AL won a significant presence in the West Berlin Parliament, and in 1989, the party joined the Social Democrats in governing West Berlin.

“I show that this group of pretty far-left leaning radical members of German society chose to essentially distance themselves from violence and from their anti-parliamentary pursuits through the Green Party and through the participation in the local parliament,” Alexander said. “So my argument is that in the late 1970s to the end of the 1980s this radical section of German society embraced and accepted parliamentary democracy and went on to help form the Green Party and this in turn shows the strength of the Federal Republic of Germany.”

Alexander lived in Berlin in 1996-97 and in 2000-2001 researching his dissertation and taking classes at the Freie Universität Berlin (Free University of Berlin). He said the research combines several areas of interest.

“I had long been interested in environmental issues and so that was a natural spillover to the history of the Green Party,” Alexander said. “I have also long been fascinated by the transition in Germany from Nazism and committing atrocities to being one of the leaders in democracy, so I looked at the Green Party’s role in this.”

Alexander hopes those who attend the lecture will come away with a new appreciation of the role the Green Party played in bringing the radical left into the parliamentary system.

“I certainly want people to have a respect for democratic institutions, because they in turn brought these people into the process and defused a potentially volatile situation,” Alexander said. “I would like to see that happen here in the U.S., where people want to go back to democracy and political institutions and embrace parliamentary practice rather than have violence carried out on the street.” 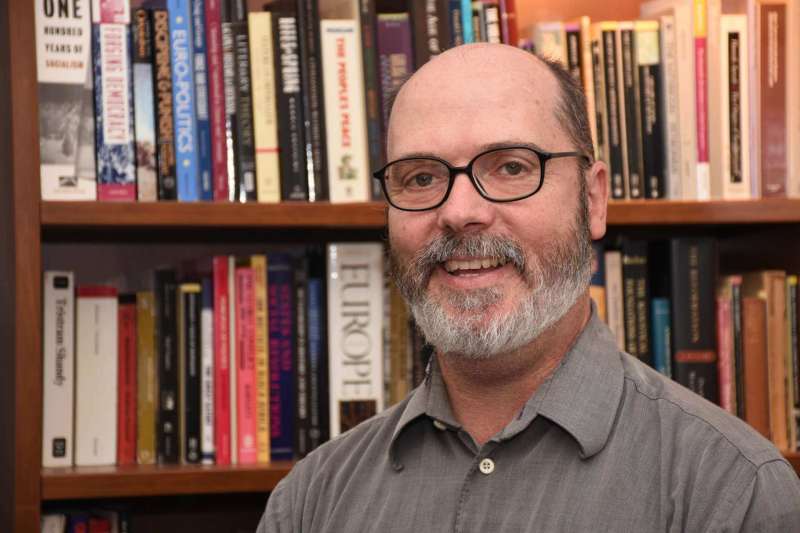