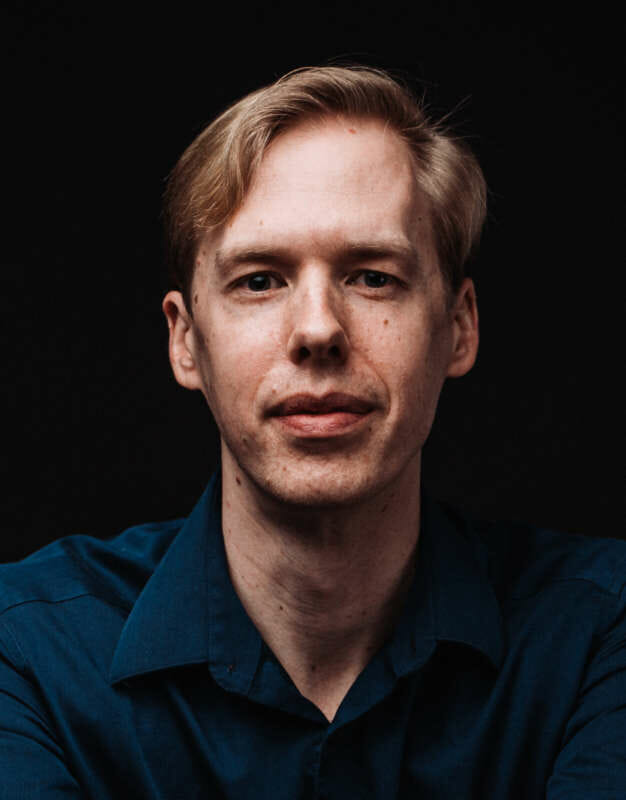 Stefan Swanson is a film and concert composer who has scored over fifty films including Gun Hill Road and Premature. His music has been heard on HBO, Cinemax, NBC, and BET, as well as at the Sundance, Tribeca, and Cannes film festivals. He has written over sixty compositions for the concert hall, including commissions from the Ashland Symphony Orchestra, Harmonium Choral Society, and Lakeland College. His scores to the feature-length documentary Escaping Fed (Roulez Films) and the feature-length dark comedy Hard Laughter can be found streaming on Amazon.

He holds a PhD in music composition from Rutgers University, and earned his Master’s degree from New York University’s scoring for film and multimedia program where he studied composition with Ira Newborn. He is a recipient of the Susan and Ford Schumann Award, the Film Music Museum Award, and the Singing City Prize, and has studied with Grawemeyer Award and Charles Ives Living Award-winning composer George Tsontakis as well as Pulitzer Prize Runner-Up Charles Fussell.

Dr. Swanson is also an experienced conductor of both concert and film, and an orchestrator, arranger, and producer. He conducted and co-orchestrated Ron Sadoff’s score to the critically acclaimed documentary Chuck Jones: Memories of Childhood (Gladeyes Films) which premiered on Turner Classic Movies. He also conducted the Manhattan Camerata at the Consulate General of Argentina in New York City. He worked with the tremendously successful sample library company Embertones and his work can be heard on their website. His arrangement of the Ron Sadoff/Ira Newborn theme for NYU Doctor Radio on Sirius Satellite Radio.​

He served as Visiting Assistant Professor at Ashland University where he taught composition, theory, and music technology, and previously taught film scoring, composition, theory, and songwriting at New York University, California State University, Rutgers University, and the College of Staten Island (CUNY). His scholarly work includes a chapter on John Williams’s score to the film A.I.: Artificial Intelligence in John Williams: Music for Films, Television, and the Concert Stage, along with presentations at the Music and the Moving Image Conference in New York City.