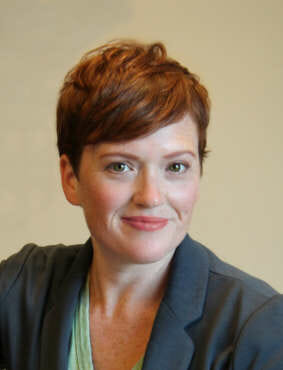 Elizabeth Holmes is “a versatile singer who can seamlessly transition from Broadway belter to operatic soprano” (www.deartsinfo.com) and has been praised for her “clear ringing soprano voice,” excellent comic timing, and “warm and enlightening” performances (The News Journal of Wilmington, DE).

Holmes has performed extensively in Philadelphia area professional opera and theater productions, including: Adina in ​L’Elisir d’Amore​ and Monica in ​The Medium​ (Delaware Valley Opera Company); Joanie/ Georgie u/s in ​The Full Monty​ (Candlelight Theatre); June in ​Musical of Musicals: The Musical​ and Peaches/ Baby Jane in ​Jerry Springer: The Opera​ (Bootless Stageworks); Woman 2 in ​My Way: A Musical Tribute to Frank Sinatra​ (MainStage Center for the Performing Arts); and ​Jack and the Beanstalk,​ ​Eureka!​, and ​The Snow Queen​ (Family Stages). In addition, she performed leading roles with Philadelphia area Gilbert and Sullivan companies, most notably appearing as Angelina in ​Trial by Jury,​ winning “Best American Production” at the 2011 International Gilbert and Sullivan Festival. Her G&S performance credits include the roles of Patience (​Patience​), Yum-Yum (​The Mikado​), Rose Maybud (​Ruddigore​), Phyllis (I​ olanthe​), and Fiammetta (​The Gondoliers​). Additionally, she has pioneered roles in new operas, including Gwendolyn in ​The Crowded House​ at the 2010 Philly Fringe Festival and Zelda in ​Black Horses with OperaDelaware at the 2009 Wilmington Fringe Festival. She “tackled the challenging score with gusto, her beautiful soprano and excellent diction winning in even the highest vocal points” (The Community News of Wilmington, DE). She has sung in cabarets at Society Hill Playhouse, Walnut Street Theatre Studio 5, and World Cafe Live.

Holmes has taught voice since 2005 and is a member of the National Association of Teachers of Singing (NATS) and the Musical Theatre Educators’ Alliance (MTEA). She has taught at West Virginia University, and currently teaches at Shenandoah University in addition to maintaining a private studio. She utilizes functional voice training, and specializes in classical and musical theatre. Her students have achieved a wide variety of goals, including leading and supporting roles in professional, community, and school productions of opera and musical theatre; admission to competitive collegiate programs including the Boston Conservatory, NYU, Baldwin Wallace, Temple University, and Penn State University, among others; winning awards at NATS singing competitions; and singing with elite choirs including the Mendelssohn Chorus of Philadelphia, Singing City, and the Pennsylvania Girlchoir.

Holmes holds an M.M. from West Virginia University and a B.A. from Emory University. She has studied and performed internationally, both at the American Institute of Musical Studies in Graz, Austria, where she was the recipient of the Lemmonds Scholarship, and at the Bel Canto program in conjunction with L’Arena di Verona opera company in Verona, Italy. She received her doctorate in voice performance from Shenandoah University in Winchester, VA.