How can WV enhance our image and better promote and utilize our state “treasures” and improve the image of the State? 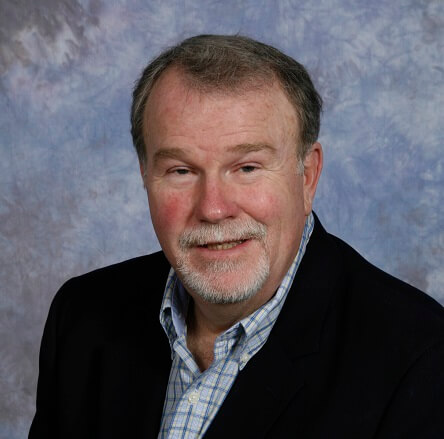 Nationally prominent trial attorney and persuasion consultant Jim Lees is well-recognized throughout legal circles as one of America’s finest trial attorneys, teachers, and consultants. To date Mr. Lees has tried over 250 jury trials to verdict throughout the United States and has obtained numerous million dollar verdicts on behalf of deserving clients. Within the past several years alone Mr. Lees has obtained jury verdicts for clients in Tennessee, Texas, Alabama, Mississippi, New York, Ohio, Pennsylvania, Virginia, Kentucky, the District of Columbia, and of course his home state of West Virginia.

Mr. Lees has obtained the largest medical malpractice verdict in the history of Tennessee, a 23 million dollar verdict in a failure to diagnose breast cancer case which was litigated in Memphis. He has within the last two years obtained million dollar verdicts or settlements in product liability cases in Virginia and Texas, an auto accident case in Ohio, a breach of contract case in Alabama, and medical negligence cases in multiple states including Texas and Pennsylvania. Mr. Lees is one of the most sought-after trial attorneys in the United States by attorneys seeking to bring trial counsel into a serious case for the purpose of litigating the case to a successful conclusion before a jury in that particular state.

Whether the case involves medical malpractice, product liability, work place or auto accidents, breach of contract, or other serious matters Jim Lees has a proven track record of honestly and effectively persuading juries to return fair and just verdicts in serious injury and death cases.

Mr. Lees is a 1977 graduate of Wake Forest University School of Law. For six years he prosecuted criminal cases as an Assistant District Attorney in Pittsburgh, Pennsylvania which included 44 first degree murder cases and six death penalty cases. Mr. Lees has been in private practice since 1984 with his principal office located in Charleston, WV. He specializes in courtroom litigation involving serious issues and injuries and his help is routinely requested by attorneys throughout the United States in litigating and winning difficult cases. He is a member of Mountain, WVU’s ranking honorary society. 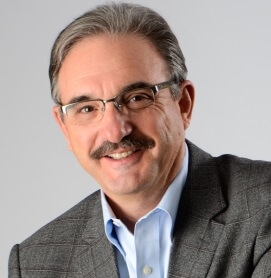 Rex Repass is a West Virginia native and founder of REPASS Research and Strategic Consulting.   In 2016, the REPASS firm merged with Research America Inc. and Mr. Repass was named president of the combined organization.  Research America is based in Philadelphia with offices in the New York area, Detroit, Cincinnati, Lincoln, Nebraska, and Sacramento.

Mr. Repass has been an entrepreneur and business owner since 1984 when he incorporated Ryan-Repass Research in Charleston, West Virginia.  Prior to the merger with Research America his firm was named as one of the fastest growing privately held companies in the U.S. in both 2015 and 2016 by Inc. magazine.

Mr. Repass received a Master of Science degree in communications research from the University of Tennessee; and an undergraduate degree in journalism from Marshall University.  He is a member Marshall’s W. Page Pitt School of Journalism Hall of Fame. 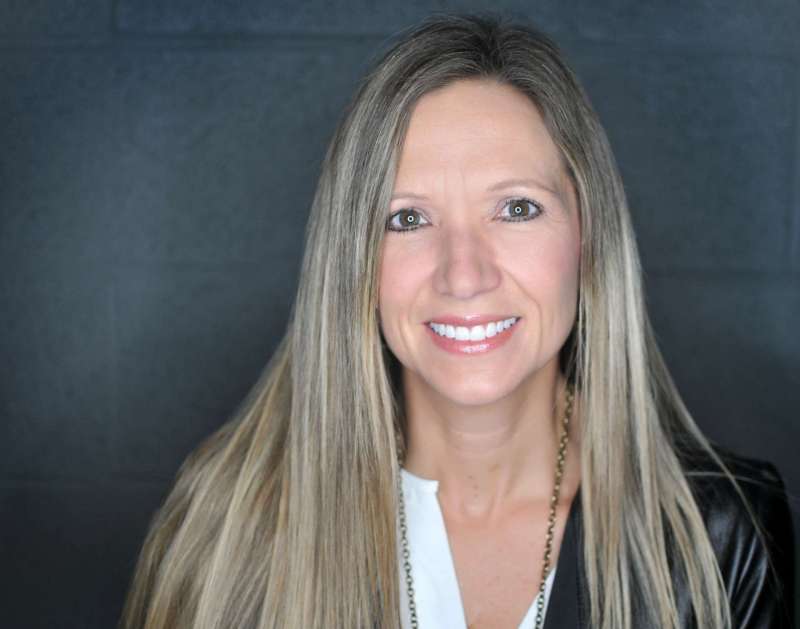 Born and raised in the Eastern Panhandle of West Virginia, Mary Beth Blair didn’t waste anytime after graduating from college to start her own company at a very young age. Almost 26 years later and still going strong, Kisner Communications is a full-service advertising, graphic design, and marketing firm serving a broad range of clientele in the healthcare, banking, tourism, non-profit and small business arena.

A 1990 graduate of Marshall University’s W. Page Pitt School of Journalism, Blair was awarded the Public Relations Student Society of America 1990 Gold Key Award, the WV Public Relations Society of America’s 1990 Most Promising PR Undergraduate and was an Academic Honor Student.  During college, she gained invaluable experience in a vast array of internships as: Reporter at The Journal, Legislative Assistant with WV Legislature and Press Secretary for the Governor’s Task Force on Children, Youth & Families.  Prior to starting her own business, she got her feet wet in the industry as a Public Relations/Account Manager at The Arnold Agency in Charleston.

For the past 14 years, Blair has served as the Children’s Pastor at Airborne Church in Martinsburg, where she and her husband are a part of the Eldership and are founding members.

Mary Beth and her husband Rob, a retired WV State Police Captain, reside in Martinsburg and have three grown children. Their daughter Lexy is a Junior at Hedgesville High School and their two sons, Robby and Brady, attend college in Virginia Beach at Southeastern University and Wave Leadership College. 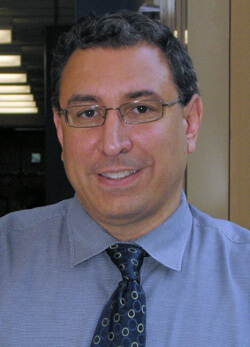 Frank DeMarco is a Teaching Associate Professor at West Virginia University. He was hired in January 2011 to assist in the development of the Hospitality and Tourism Management program in the College of Business Economics. The program is now a major and has over 40 students, with a 100% placement rate after graduation.  Frank also teaches courses in Hospitality and Tourism Leadership, Hotel Operations, Restaurant Operations, Event Planning, Survey of Business Management, Contemporary Business Strategy, and supervises Hospitality Internships.  He is Director of Training and Development at Waterfront Place Hotel. He also coordinates the internship program at the hotel, last fall six students participated in the program. Frank was instrumental in coordinating the WVU- Greenbrier agreement, March 2015 and the WVU & Pierpont Community &Technical College Articulation agreement, September 2016.

Frank has been an operator in the Hospitality Industry for over twenty years.  Frank was Director of Operations at Waterfront Place Hotel. He was responsible for overseeing the Rooms Division, the Front of the House staff of the Regatta Bar and Grille and the Wharf Restaurant.  He was the Executive Director of Graceland Inn, Restaurant, and Conference Center and Assistant Professor of Hospitality Management at Davis and Elkins College. Frank was very instrumental in developing the courses to involve Graceland as a learning lab. He also assisted Dr. Gloria Payne in 2002 in repositioning the program in the Business and Economics Department. The move assured the students an opportunity to graduate from an accredited Business and Economics program. Before becoming a member of Davis and Elkins College, he worked for Sodexho Incorporated in the contract food service business as a Director in Campus Dining for eight years. During his tenure Frank was promoted three times and selected as a district trainer. 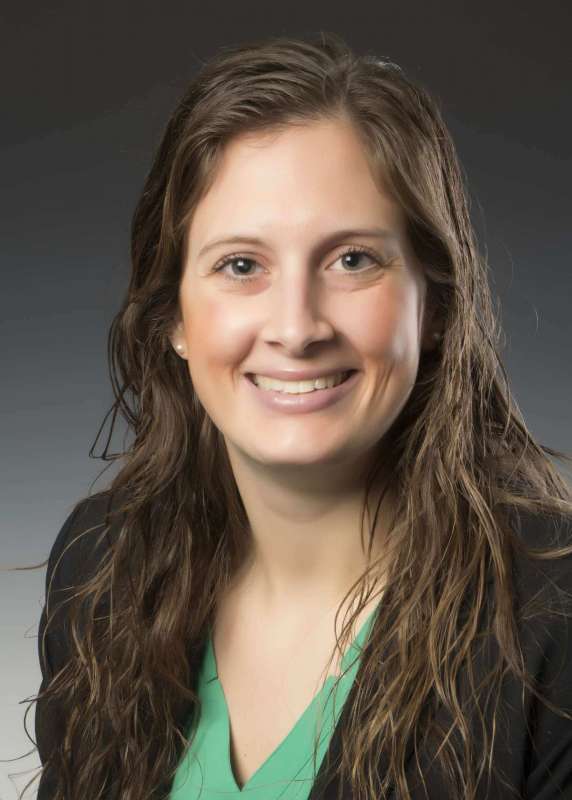 Jen Hnatuck is the Associate Director at Shepherd University. She started at the University in 2014 as an Admissions Counselor. She is currently in her last semester of the MBA program.

Before arriving at Shepherd University, Jen worked at Bucknell University as the Marketing and Game Operations Assistant for three years. In the athletics department, she was responsible for event management, marketing and operations for all home events.

Jen received her BS in Business Management from Juniata College.