“Each anthology highlights the work of the Appalachian Heritage Writer-in-Residence (AHWIR) with scholarship, interviews, and a range of literary pieces that reflect the heritage writer’s interests,” said Dr. Sylvia Bailey Shurbutt, professor of English and senior managing editor of the anthology.

The book’s foreword says the poets and prose writers who have contributed to the Charles Frazier volume have many qualities in common with Frazier and, “as readers will see, some common themes that draw upon inspirations from the natural world and the rich environment of the region, making this one of our finest volumes in this series of anthologies.”

Frazier was the 2016 Appalachian Heritage Writer-in-Residence and the recipient of the Appalachian Heritage Writer’s award funded by the West Virginia Humanities Council. He spent time on Shepherd’s campus in September, spoke to high school English honors students and a local book club, and presented the annual West Virginia Fiction Competition awards. Frazier served as editorial advisor for the anthology, working with the AHWIR Committee on completion of the book.

The Charles Frazier anthology can be purchased from the Shepherd University Bookstore and at a variety of other bookstores.

This year’s writer-in-residence is Wiley Cash, whose novel A Land More Kind than Home is designated by the West Virginia Center for the Book as the state’s 2017 One Book One West Virginia community read. For information about AHWIR, visit www.shepherd.edu/ahwirweb/cash/. 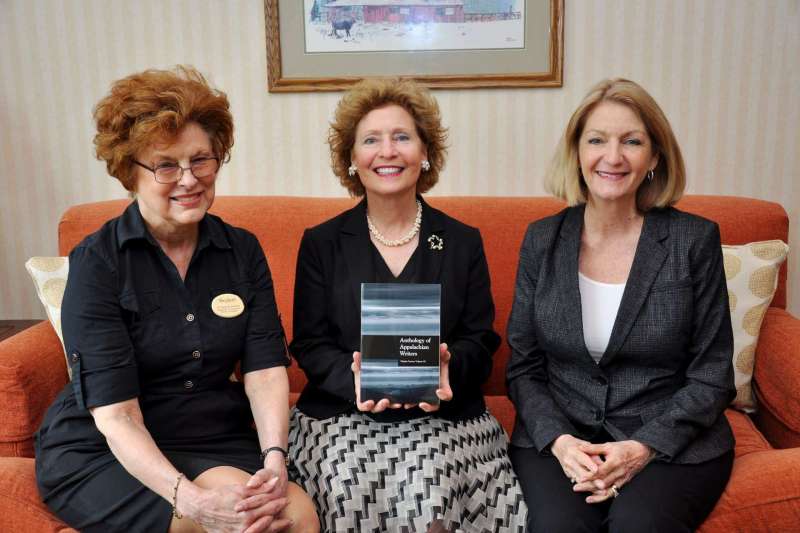