Iraq is the topic of President’s Lecture on October 23 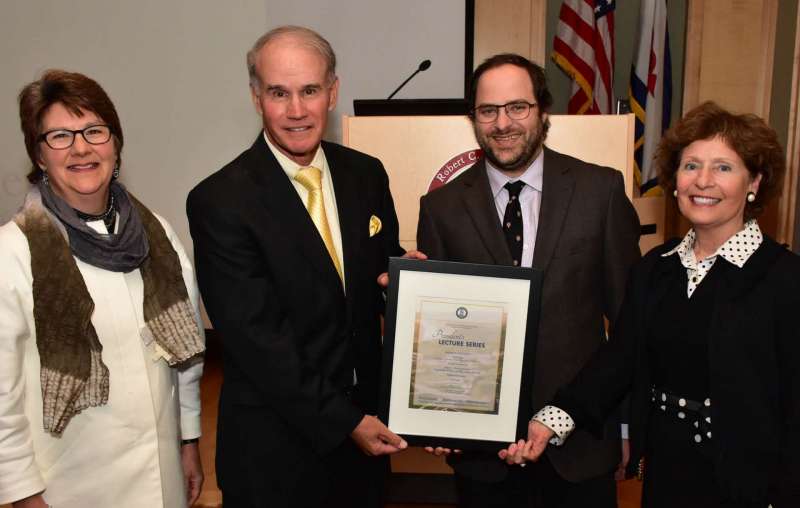 The President’s Lecture Series presented Gary Vogler on October 23. He spoke about “Iraq and the Politics of Oil: An Insider’s Perspective,” which focused on restoration activities over the many years of his involvement on the ground in Iraq. Vogler talked about how the processes evolved, and sometimes devolved, as powers behind the scenes placed their preferred players into key positions. He addressed numerous facts that over time led him to a conclusion about the real agenda, which has never been voiced by government leaders and had nothing to do with a threat posed by Saddam Hussein, former Iraqi president, or the interests of the United States. Vogler went into Iraq with the initial U.S. military elements as a civilian oil advisor.