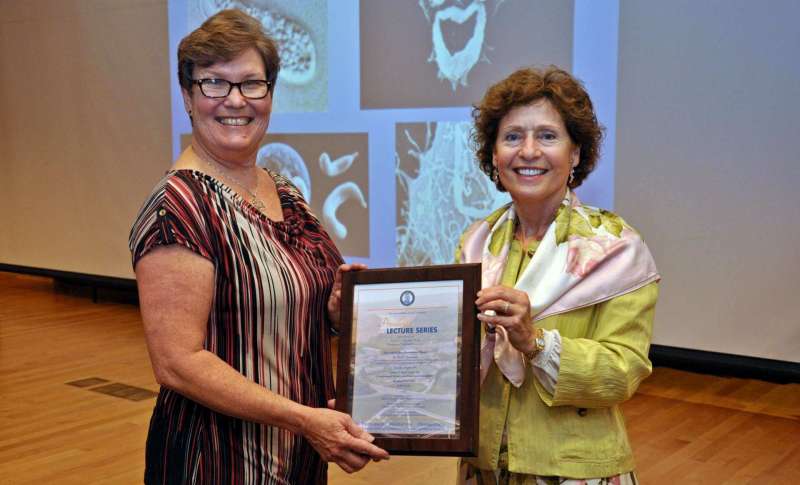 Amy J. Horneman, Ph.D., SM(ASCP), associate professor at the University of Maryland School of Medicine and Microbiology Lab director at the VA Maryland Health Care System, discussed the safety of various types of recreational water sources in the region during the inaugural lecture in the President’s Lecture Series, designed to involve the campus and community in discussions of topics of interest. Horneman talked about the hazards people might face swimming in the ocean, as well as in freshwater rivers, lakes, ponds, and man-made water parks.

Two more lectures are scheduled for the fall semester:

The lectures are free and open to the public and will be held at 6:30 p.m. in the Robert C. Byrd Center for Congressional History and Education auditorium.