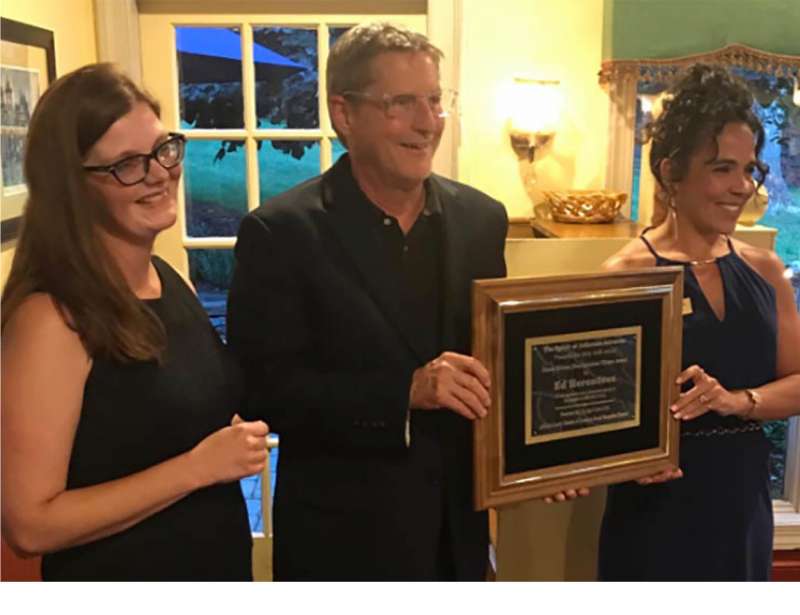 Herendeen founded CATF in 1991 with the mission of producing and developing new American theater. As a result of the festival’s bold and daring work under Herendeen’s guidance, CATF has earned a national and international reputation for producing new plays. The festival has produced 115 new plays, including 43 world premieres and 10 commissions.

Christine Snyder, managing editor of the Spirit of Jefferson, presented the Chuck Ellison Distinguished Citizen award to Herendeen, citing the impact of the festival on Jefferson County. Herendeen thanked the businesses and community leaders for their dedication to Jefferson County and its residents: “…we are all united by the simple fact that we believe in our community. We believe that by working together we create a better life and a better quality of life for the citizens that live in this community and our children.”

He continued that as a 27-year resident of Shepherdstown, he is a newcomer, and being able to follow his passion of creating new American theater in the Jefferson County community is a “magical experience.” He said, “To be in the room with all of you as business leaders, it really demonstrates that place matters. That our community matters.”