The Life and Repentance of Mary Magdalene

The Life and Repentance of Mary Magdalene, written by a former Franciscan friar in 1550, near the beginning of the Reformation in England, differs radically from the medieval depictions of Mary Magdalene. Jason McKahan and Betty Ellzey made a film of the play in 2016, using actors from the Rude Mechanicals and Digital Filmmaking students in Communication. 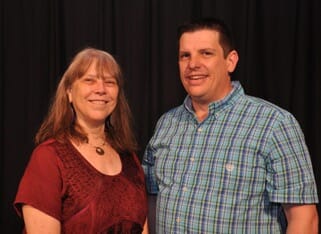 Betty Ellzey is Professor and Chair of the Department of English and Modern Languages. Her major research interests are medieval theater and literature. She has directed medieval plays nationally and internationally.