By Whose Hand?: The Curious Letters of a Civil War Soldier

By the fall of 1863, John and Charles Futch were dead. The brothers served together as soldiers in the 3rd North Carolina Infantry. Charles fell with his face to the foe at the battle of Gettysburg, having died the “good death” according to Victorian culture. As an illiterate yeoman farmer, John had to rely upon others to help him compose his letters home about his brother’s death. Their voice became his voice. What emerges from a careful reading of the letters, though, is that John saw the event as anything but a good death and returned from the fight a changed man. This talk will focus on a series of letters written after Charles’ death and explore how different authors portrayed his death in different ways. By so doing, we will consider the authenticity and credibility of nineteenth-century sources, place these materials within a boarder historical context, and ultimately learn of John’s fate—for remember, both men were dead by the fall of 1863. 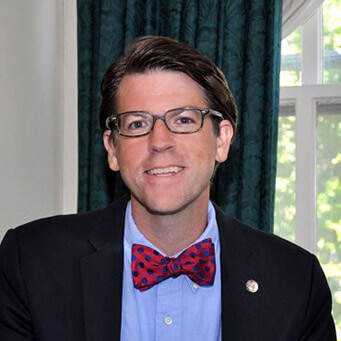 James J. Broomall is the Director of the George Tyler Moore Center for the Study of the Civil War (GTMC) and an assistant professor of history at Shepherd University. Along with William A. Link, Broomall most recently co-edited and published Rethinking American Emancipation: Legacies of Slavery and the Quest for Black Freedom (Cambridge University Press, 2016). He has articles in Civil War History, The Journal of the Civil War Era, and the edited volume, Creating Citizenship in the Nineteenth-Century South in addition to historiographical essays, book reviews, and online essays. He, his wife Tish, and their two sons, Simon and Henry, live in Shepherdstown, West Virginia.