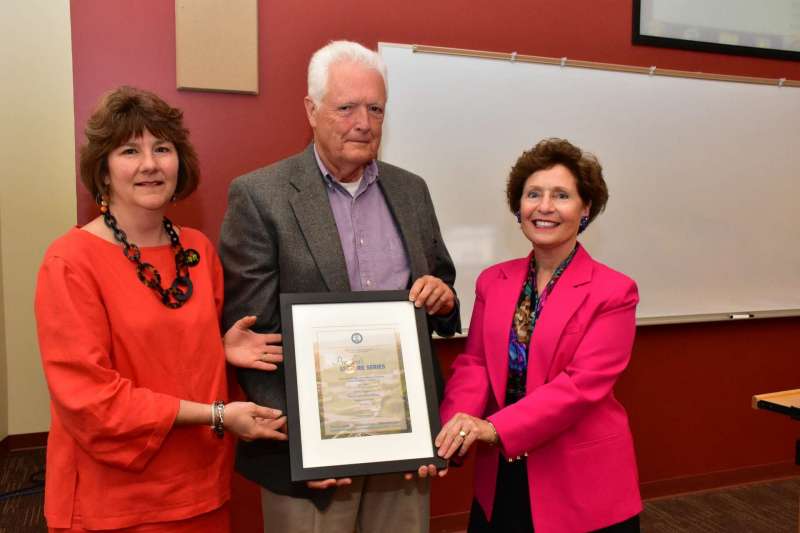 Fred Turco, who served for 40 years as a Central Intelligence Agency officer, presented a President’s Lecture on October 23 titled “Discussion of American Intelligence Community from World War II to 2000.”

During his lecture, Turco discussed the evolution of the intelligence community into its current 16 components and continuing issues regarding coordination among the agencies.

The next talk in the President’s Lecture Series, now in its second year, will feature filmmaker James Barrat who will speak about artificial intelligence on Monday, November 27 at 6:30 p.m. in the Robert C. Byrd Center for Congressional History and Education auditorium.