Four honored at June Board of Governors meeting 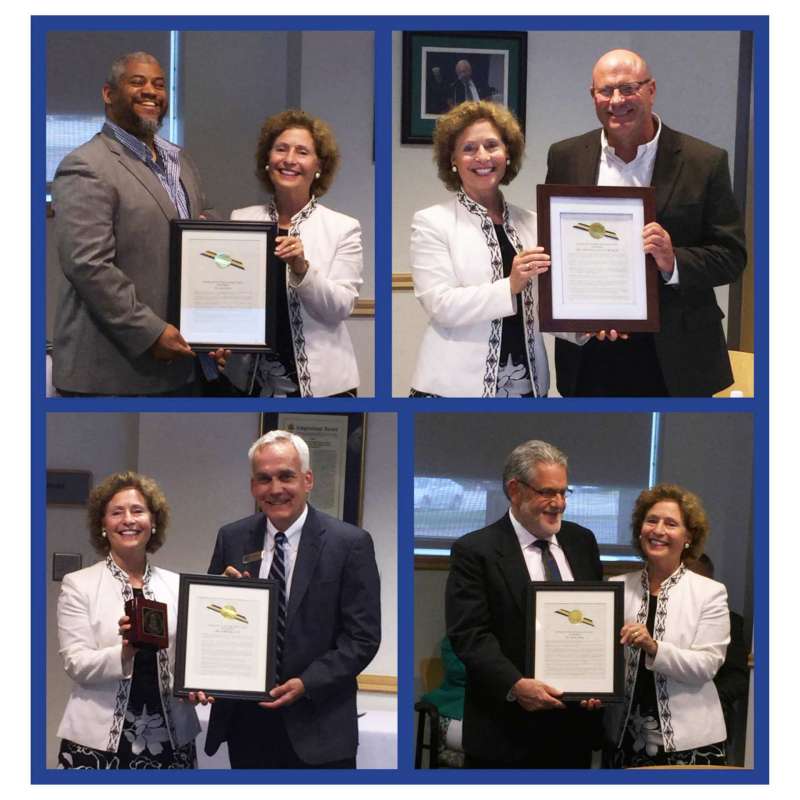 During the June 22, 2017 meeting of the Shepherd University Board of Governors, several people were presented citations by President Mary J.C. Hendrix.

Dr. Jason Best, D. Scott Roach ’80, and John Beatty, whose board terms ended June 30, were honored for their service to the board. Also honored was Provost Chris Ames, who became the president of The Sage Colleges in New York on July 1.

Dr. Jason Best has served as the elected faculty representative to the board since July 2009. His citation noted his “wise academic judgment to the deliberations of the board, bringing to the forefront the faculty perspective while always maintaining a comprehensive perspective on the advancement of the university as a whole.”

Alumnus D. Scott Roach ’80, a member of the BOG since October 2009, was recognized for his “experience as a regional business entrepreneur” in advancing “the University’s academic and administrative operations.”

John Beatty was recognized for “his insights and experiences as a local resident and member of the business community to help the university build its future, as well as contributing a generosity of spirit in his personal assistance to the University.” Beatty joined the Board of Governors in October 2009.

Dr. Chris Ames, who joined the Shepherd administration in January 2013 as vice president for academic affairs, became Shepherd’s first provost in March 2016. Ames was recognized for “encouraging scholarship, research, and professional development, facilitating the full implementation of the comprehensive curricular revisions, and engaging and encouraging faculty to be an effective partner in the University’s participatory governance model.”