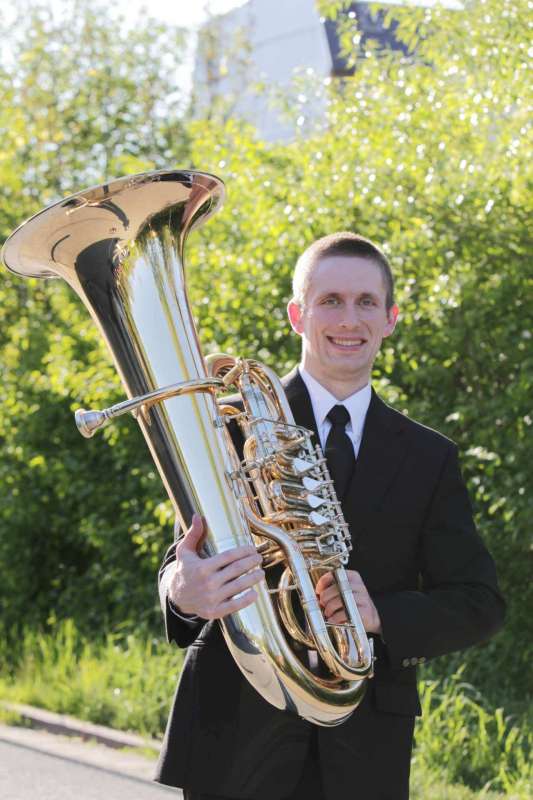 Dr. Simon Wildman has earned a strong reputation as a tuba soloist in recent years. In August 2018, he performed John Williams’s Concerto for Tuba with the United States Marine Band, and in February 2017, he performed the concerto on the grand concert at the United States Army Band Tuba Euphonium Workshop. In 2016, he was a featured soloist at the International Tuba Euphonium Conference in Knoxville, TN.  Dr. Wildman has given numerous performances at the U.S. Army Band Tuba-Euphonium workshop, as a soloist and as a member of The American Tuba Quartet. In 2012, he won the International Tuba Euphonium Conference solo artist competition.  He was also a prizewinner at the Markneukirchen International Instrumental competition, and was runner-up in the Leonard Falcone competition, both in 2012. He joined the “The President’s Own” United States Marine Band in 2013, after the completion of his Doctorate of Musical Arts from the University of Georgia, where he studied with David Zerkel. He earned his Master’s in Music Education from Ohio University, where he studied with Dr. Jason Smith, and earned his Bachelor of Music degree from West Virginia University, where he studied with Dave McCollum.  He also pursued graduate studies at Penn State University, where he studied with Velvet Brown. He has performed with the OU, UGA and Bruckner University orchestras as a concerto soloist. Dr. Wildman has been a guest artist and clinician at Christopher Newport University, Ohio University and West Chester University. He has given music workshops at public schools in West Virginia, Georgia, Ohio and Arkansas.