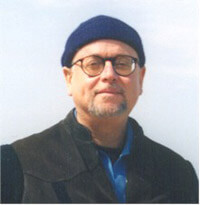 After being graduated from Oberlin College in 1967, Dr. Jim Lewin spent sixteen years living outside of the academic framework. He worked at a number of occupations ranging from cab driver to free-lance journalist. He has traveled to Taiwan, Japan, Mexico, Europe, Turkey, and Israel, where he lived throughout 1973 and from 1976 to 1983. In 1982, he covered the Israeli invasion of Lebanon. He has published more than 100 feature stories in a variety of publications, most of them on various aspects of Israeli society and culture.

Dr. Lewin received an M.A. in Creative Writing in 1985 and went on to receive a Ph.D. in English Literature in 1994 from the University of Illinois at Chicago. His dissertation deals with the conflict of divine providence and political pragmatism in Shakespeare’s portrayal of the Wars of the Roses. He has published a number of articles on novelist Nelson Algren, author of The Man with the Golden Arm and A Walk on the Wild Side. Dr. Lewin has also published on “Shakespeare’s Political Ghosts.”

At Shepherd, Dr. Lewin has developed courses on “Shakespeare’s Hamlet in Context” and on “Magazine Writing.” Dr. Lewin also served as the advisor to the Shepherd University student newspaper, The Picket.