The Storer College Award recognizes a member of the faculty each year who incorporates diversity and social justice into the classroom, research, scholarship, and interaction with students. The winner is selected by a committee and receives a $1,000 stipend to be used toward professional development.

“I’m really humbled by it. I’m proud and humbled and hope to live up to it,” Hanrahan said. “In just about every class I teach, I really do try to bring in multiple voices and diversity and really tackle those issues of identity.”

For example, Hanrahan said in the American Literature class she teaches she makes sure to include diverse voices like that of African-American poet Phillis Wheatley.

“Phillis Wheatley is a really fascinating figure that a lot of students might not have ever heard of before,” Hanrahan said. “Wheatley, who was kidnapped from Africa and brought to the New World at age 7, became the first published African-American female poet. When we talk about how she was a kind of a peer of Ben Franklin and such a phenomenal figure during that time of the American Revolution, our picture of the American Revolution becomes much richer, exciting, and dynamic.”

Hanrahan said studying Wheatley’s work allows students to see how the writer negotiated her roles as a woman, as an African-American woman, as a former slave, as an abolitionist, as a supporter of the American Revolution, and as a patriot.

“If you can see how she balances all of that in these wonderful little poems that she wrote, you get such a fuller and more exciting picture of American literature,” Hanrahan said.

In addition to American Literature, Hanrahan helps teach Literature, Gender, and Sexuality; Intro to Women’s Studies; and American Ethnic Literature. She chairs Shepherd’s Civility Response Team and sits on the Women’s Studies Board. In her research Hanrahan has focused on African-American writers, slave narratives, and neglected and marginalized American women writers.

Whether it’s done in the classroom or by example, Hanrahan believes it’s important to encourage students to learn about diversity and social justice.

“If you want to tell the whole story, you have to listen to these voices, many of which have been marginalized,” Hanrahan said. “We would do students a disservice if we don’t help to further prepare them for a diverse world built on respect and cooperation.” 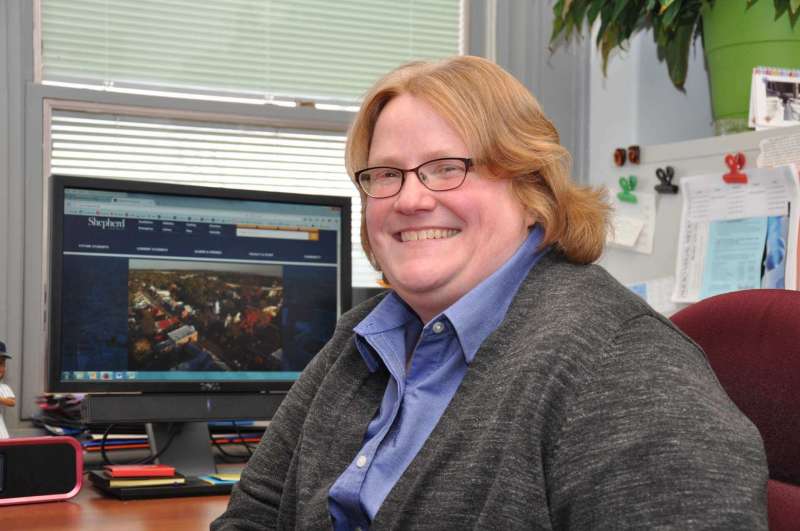