Dr. Carol Plautz is a W.Va. Professor of the Year finalist 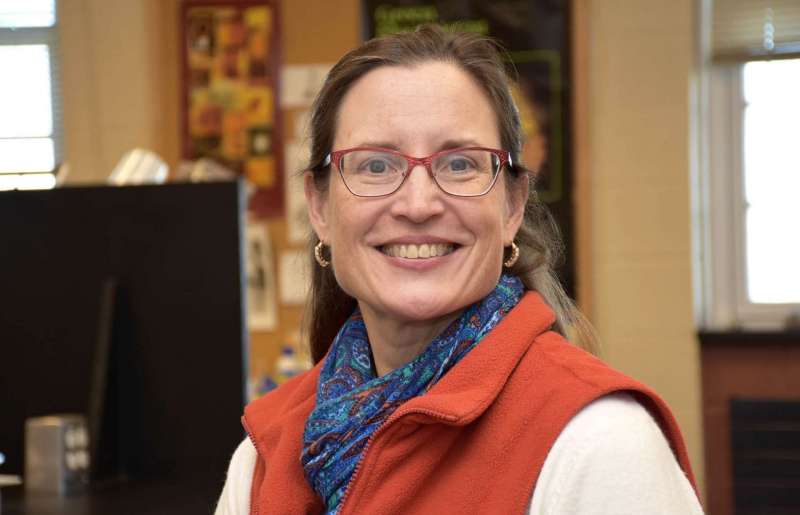 Dr. Carol Plautz, professor of biology, is one of five finalists for the Faculty Merit Foundation of West Virginia 2017 Professor of the Year. Plautz, who teaches a range of classes from general biology for non-majors to upper level courses, said she’s “flattered, delighted, and excited” to represent Shepherd.

Plautz has taught full time at Shepherd since 2008. She said a lot of her teaching philosophy is shaped by her own undergraduate experience at the New College of Florida, where she was heavily involved in research.

“I had a phenomenal undergraduate research mentor, Dr. John Morrill,” Plautz said. “He really taught by example by having students design and do the brainstorming and thinking on their projects, by engaging in laboratory research and write up, and doing their own troubleshooting.”

“It’s not just the fun, excitement, and elation, it’s also learning to deal with the pitfalls and disappointments along the way,” she said. “I feel like I had that grounding and it’s important to impart that to the students. It’s crucial to me to be in a setting like Shepherd where I can take on student researchers.”

“Students need the confidence to take charge of their own education,” she said. “You do what you’re told in high school. In college you have to make that transition to doing what’s right for you and what you want to do. I try to imbue that confidence.”

Plautz enjoys participating in outreach and community service. She conducts workshops for Seeding Your Future, an effort to bring science, technology, engineering, and math education to high school students and middle school girls. She has also headed up several campus tree-planting projects that included volunteer help from community members.

“In addition to other editorial assignments and serving as a reviewer, I have been responsible for converting the formerly paper journal into an online, electronic journal.” Plautz said. “I like that piece because while challenging me professionally, it serves the scientific community and improves the dissemination and communication of science within our state.”

“I volunteer calling bingo once a month for fundraisers at the Independent Fire Company (in Ranson),” she said. “I also volunteer at my church to take meals to individuals who need help. It’s called Meals With Love.”

In addition, Plautz serves on the board of directors for the Shepherd University Foundation and the Old Opera House Theater Company in Charles Town.

The Faculty Merit Foundation was created in 1984 to recognize and reward innovation and creativity among the faculties of West Virginia’s public and private colleges and universities. Finalists were interviewed on January 23 and the winner will be announced April 12.