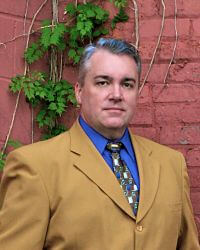 Dr. Bobb Robinson, baritone, has been praised by The Washington Post for his “charismatic stage presence” and “rich, flowing” singing, and by The Miami Herald for his “impressively effortless” singing. A former resident of Washington, DC, Bobb has performed at some of the nation’s most prominent venues, including the Kennedy Center, Washington National Cathedral, The National Gallery of Art, and the White House. A 2001 Regional Finalist in the Metropolitan Opera National Council Auditions, Bobb has performed over 20 operatic roles, including Friedrick Wieck, father of Clara Schumann, in the World Premier of Robert Convery’s opera “Clara”. As a director, he has directed acclaimed productions in Northeast Florida, including “Cosi fan tutte”, “The Telephone”, and Marschner’s “Der Vampyr”. As an innovative collaborator, Bobb conceived and performed “Twentyfour: Italian Songs and Arias for a New Century”, a narrative presentation of 17th-and 18th-Century Italian song for voice and percussion ensemble. Bobb also recently co-wrote and performed an original cabaret, Une soiree a l’Olympia, presented as part of “Paris on the Potomac”, Washington DC’s year-long celebration of French Art and Culture. Other cabaret appearances include Noel and Cole and A Tale of Two Cities: Paris and Berlin Between the Wars at Maryland’s Clarice Smith Performing Arts Center. As concert soloist, Bobb has performed with many nationally-renowned ensembles including the Washington Bach Consort, The Denver Bach Society, The Montana Early Music Festival, Musikanten, the National Gallery of Art Vocal Ensemble, and on NPR’s “All Things Considered”. In 2001, he made his European recital debut, performing at the cathedrals of Notre Dame (Paris), St. Sernin (Toulouse), Chartres Cathedral, and the renowned Festival d’Avignon. Bobb has been a featured performer on recordings with the Choirs of Washington National Cathedral, as well as the recent Clear Note Records release of Brahms vocal chamber music, Liebestreu. A dedicated educator, Bobb teaches and performs each summer at Helena Choral Week in Helena, Montana. He has served on the faculties of Stetson University, Jacksonville University, and Shepherd University.