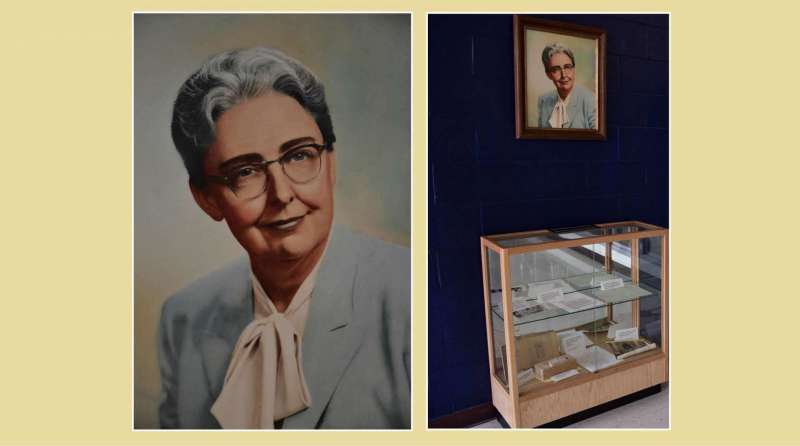 Shepherd University honored the life and legacy of the late Dr. Sara H. Cree with a permanent display featuring memorabilia from former Sara Cree Hall. The permanent display bearing her name was opened to public viewing on Saturday, January 27 in the Butcher Center, following the men’s basketball game against Wheeling Jesuit University.

The exhibit includes items recovered from a cornerstone from the building, which was taken down last summer. The cornerstone was one of two opened during a private Masonic Lodge ceremony in August 2017.

Cree served as a professor of physical education at Shepherd University from 1940-1972.

“The items that have been chosen for display are just a small example of Dr. Sara Cree’s tenure and dedication to Shepherd University,” said Christine Toms, staff librarian at Shepherd’s Scarborough Library. “They help illustrate why the choice was made to name the former health and physical education building after Dr. Cree in 1975.”

Among the featured items curated by Toms are a brick from Sara Cree Hall and memorabilia from the building’s naming ceremony, including the guest book, an etching of the building’s nameplate, and a letter from former Shepherd president Dr. James A. Butcher to Cree about the ceremony. Numerous photographs are also included, along with a portrait of Cree that originally hung in the academic hall bearing her name. 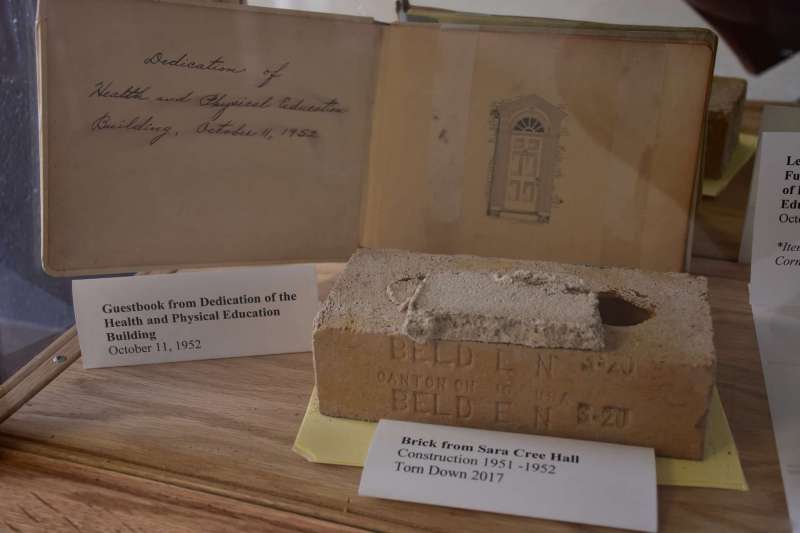 On display in the Butcher Center is a brick from Cree Hall.