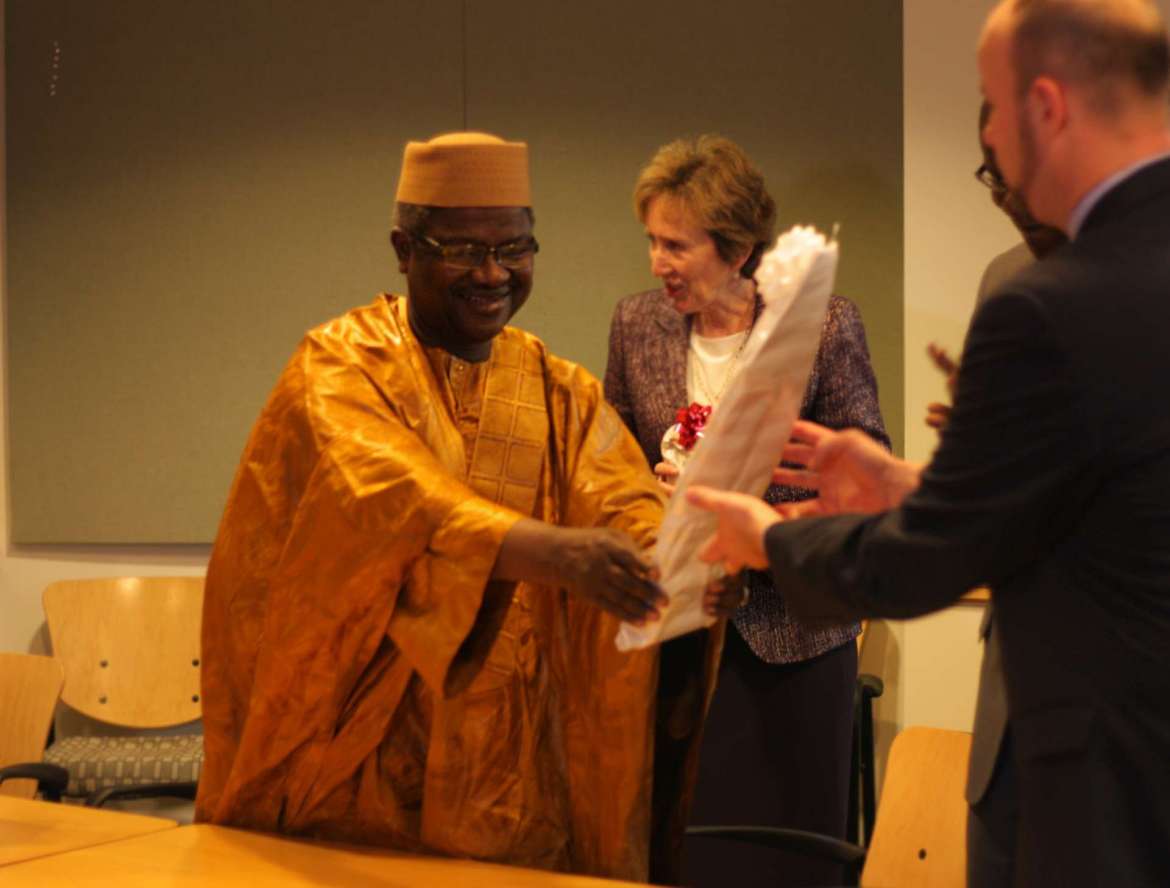 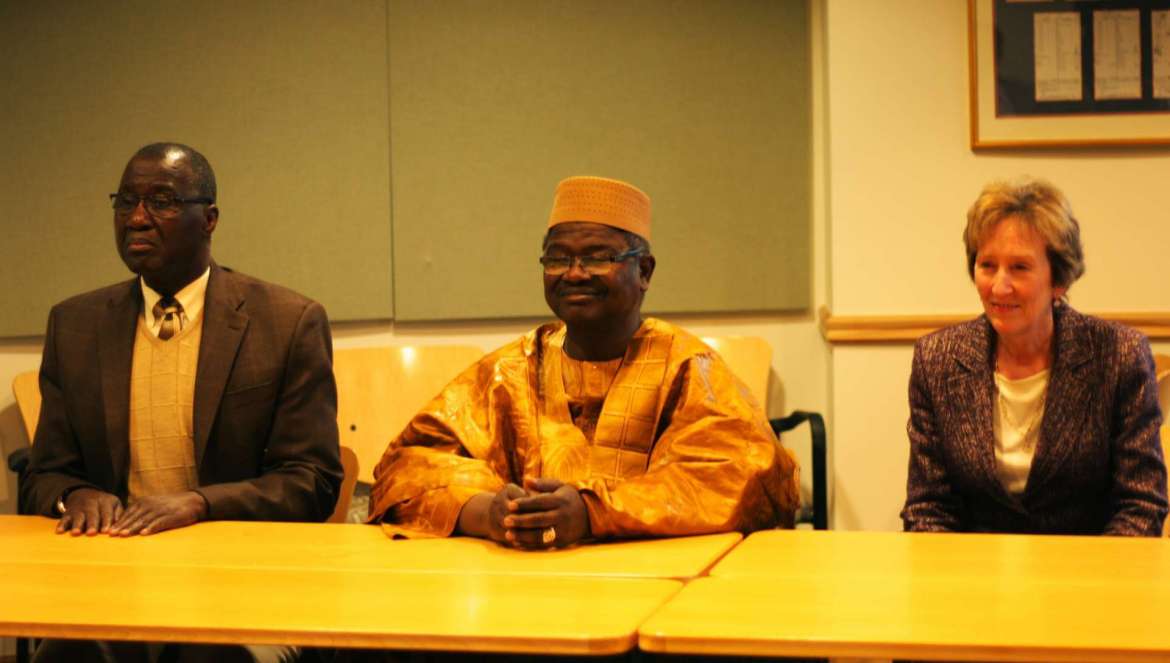 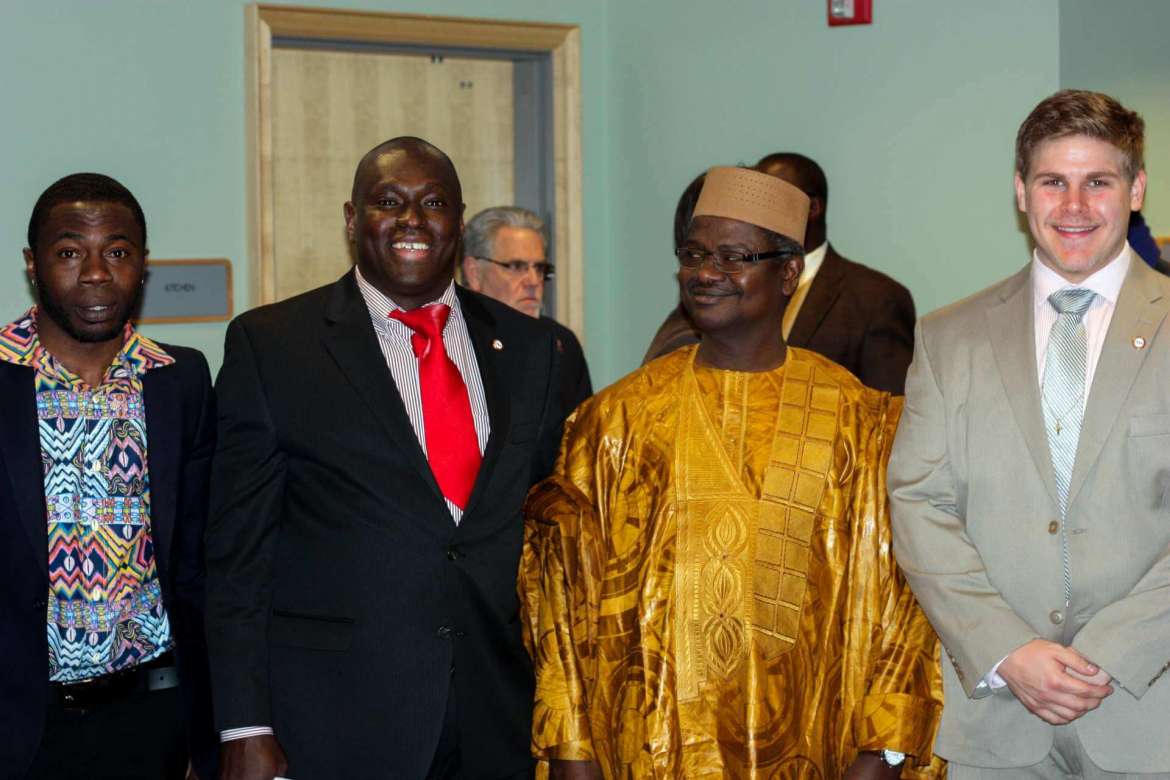 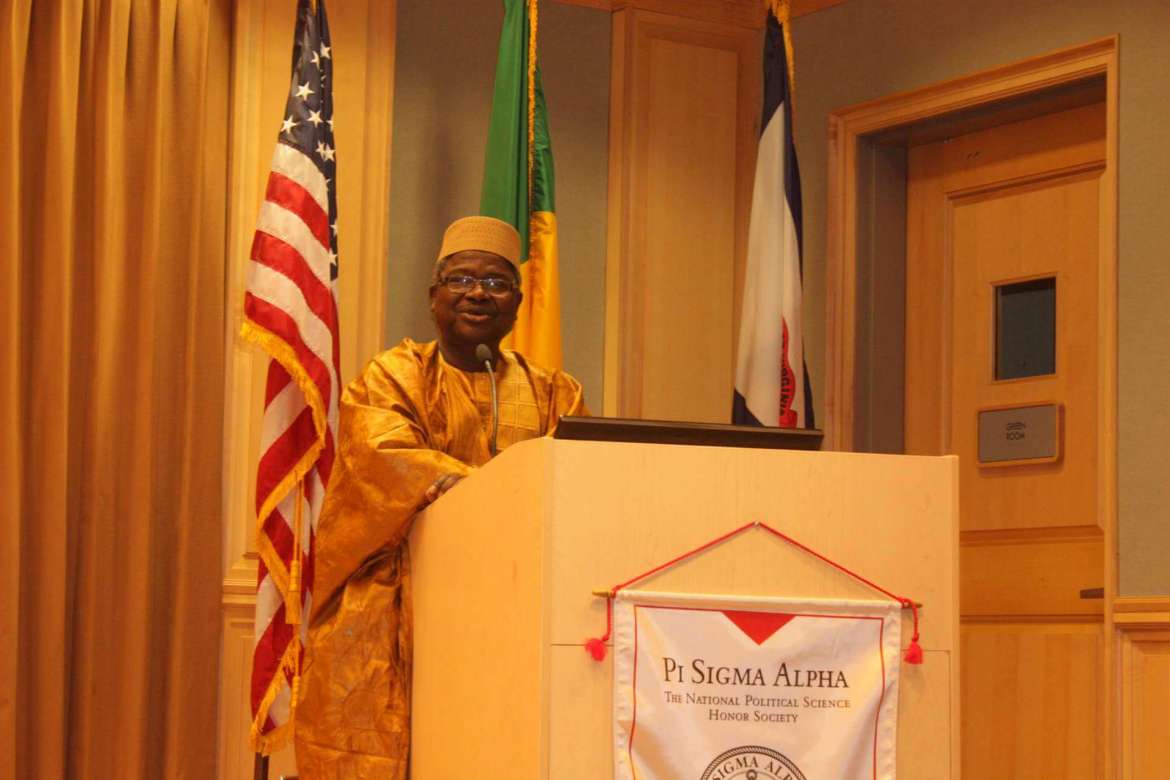 The Shepherd University Pi Sigma Alpha Chapter was honored to host H.E. Mr. Tiena Coulibaly during the 2015 spring semester.  Mr Coulibaly has been Mali’s Ambassador to the United States and before the World Bank and IMF since 2014.

During his visit, His Excellency commented on Mali’s economic development, the Tuareg Rebellion, and the challenges stemming from ISIS’s presence in the country.

Mali is a north-western African country that is bordered by Algeria (to the North), Mauritania (to the west), Cote d’Ivoire (to the south), and Niger (to the east).  The landlocked country is Africa’s 8th largest.  Mali is a Francophone country and French is one of 13 national languages in the country.

Politically, Mali has had a tumultuous recent past.  Since 2012, the country has experienced multiple armed conflicts that, in some instances, have included attacks by Islamist groups.  In 2013, French and Malian forces teamed up (in Operation Serval) to recapture much of the northern territories that had been taken over by rebel forces.  More recently, Presidential elections were held in July 2013 (with a second round, run-off in August 2013) and legislative elections were most recently held in December 2013.

His Excellency (H.E.) Ambassador Mr. Tiena Coulibaly is Mali’s Ambassador to the United States of America and Mexico and is the representative of Mali before the IMF and World Bank (since October 2014).  After graduating high school in Lycee Prosper Kamara Bamako (Mali), the Ambassador earned his B.S. in Agricultural Economics from Laval University (Canada) and, then, his M.S. in Agricultural Economics from Purdue University (USA).

His Excellency was nominated Minister of Economics and Finance at 34 which was the youngest ministerial appointment in Malian history.  Even today, Mr Coulibaly is the youngest member of his government.  Before his current appointment, the Ambassador was Mali’s Minister of Trade and Industry and has an impressive background in agricultural economics and business.  In particular, His Excellency was previously the CEO for the Malian Cotton Company and has worked as an advisor in the agricultural and business sectors as well.  In his various roles, Mr. Coulibaly has worked with the IMF, World Bank, USAID and other international organizations.