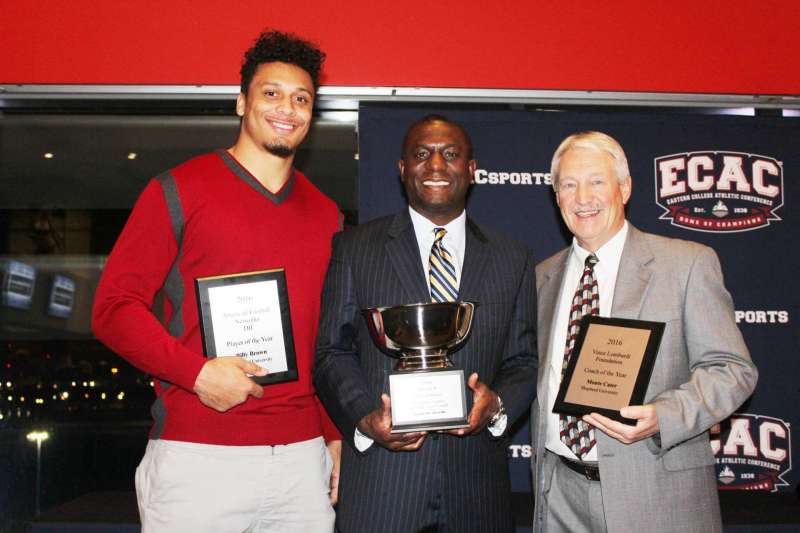 Brown, who earned numerous All-American honors, was selected as the American Football Networks DII Player of the Year. Brown led the Rams with 99 receptions for 1,580 yards and 22 touchdown grabs. All three marks are school single-season records. Brown ranked second nationally in receiving yards and receiving touchdowns. He recently became the first Shepherd player to participate in the East-West Shrine Game and is preparing to compete in the upcoming NFL Combine.

Cater was recognized as the Vince Lombardi Foundation Coach of the Year. The award encompasses all divisions and is not given on a yearly basis. Cater, the winningest active coach at all levels of NCAA football, has led the Rams to back-to-back 13-1 seasons as national finalists and semifinalists. Former honorees include longtime Delaware head coach Harold “Tubby” Raymond.

The Shepherd University football team received the 2016 Division II Lambert Award by the Eastern College Athletic Conference (ECAC) after recording a 13-1 record and reaching the NCAA II Football Championship semifinals. The Rams won this honor for the second consecutive season. This prestigious award is symbolic of supremacy in Eastern college football.