Kayes is chief operating officer and regional president for United Bank Incorporated and is responsible for the bank’s West Virginia market. He was a founder of Centra Bank Berkeley County in 2001 and served as its president from 2001 to 2012.

Prior to that he served as senior vice president and market president of BB&T Bank for the Eastern Panhandle region of West Virginia. Kayes is a lifelong career banker who started in the training program of First Union National Bank of North Carolina in 1986. He is a graduate of Elon University.

A native of Huntington, he and his wife, Amy, have two daughters, Meredith and Caroline. Amy ’97 is a Shepherd University graduate, and Meredith is currently a junior at Shepherd studying elementary education. 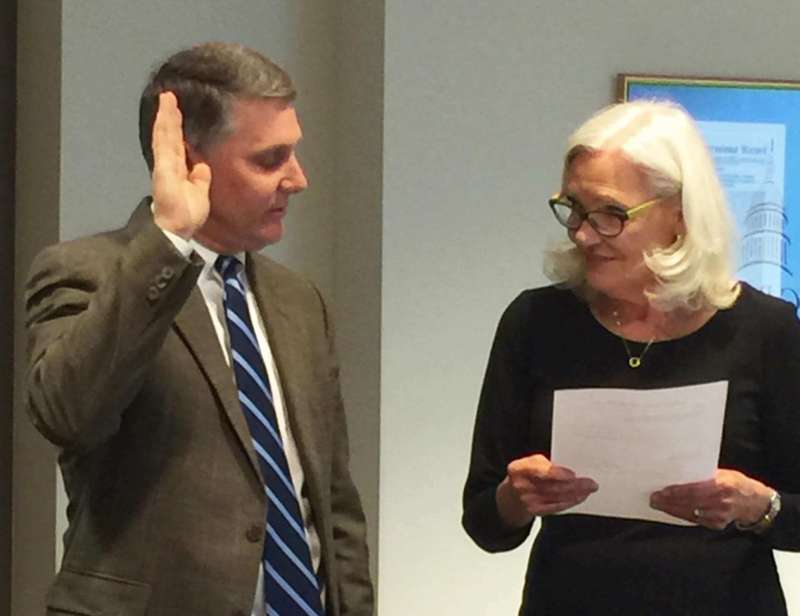 Henry Kayes, Jr. is given the oath of office by Dr. Marcia Brand, chair of the Shepherd University Board of Governors, during the board’s February 24 meeting.