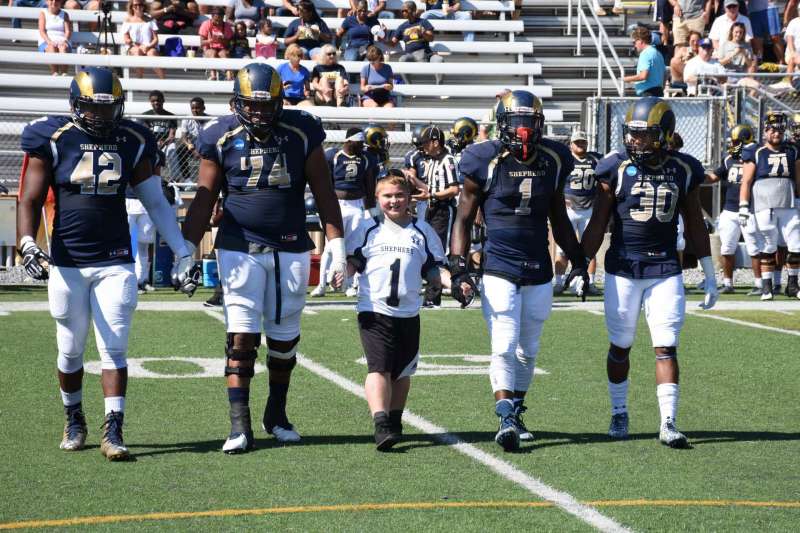 Jason Bednarski (center), of Team IMPACT, who served as honorary team captain for the Shepherd Rams during the September 23 home game, is shown with several Ram players as they walk to the center of the field for the coin toss.

September was Muscular Dystrophy Awareness Month, and Shepherd University’s Department of Athletics was one of many organizations around the world helping to raise awareness of the disease by working with two local young people who have muscular dystrophy.

Jason Bednarski of Team IMPACT served as an honorary team captain for the Shepherd University football team when the Rams hosted West Virginia State September 23 at Ram Stadium. Bednarski signed with the Rams at Football Media Day. He is a member of Team IMPACT, a nonprofit group that seeks to improve the quality of life for children with life-threatening or chronic illness. Bednarski, a 12-year-old from Martinsburg, suffers from Duchenne muscular dystrophy.

Another Team IMPACT member for the Rams is Angelina Seal, a 12-year-old from Hedgesville, who signed with the Shepherd volleyball team in August. Angelina was born with lumbo sacral agenesis, which causes failure of the lower spine to develop. 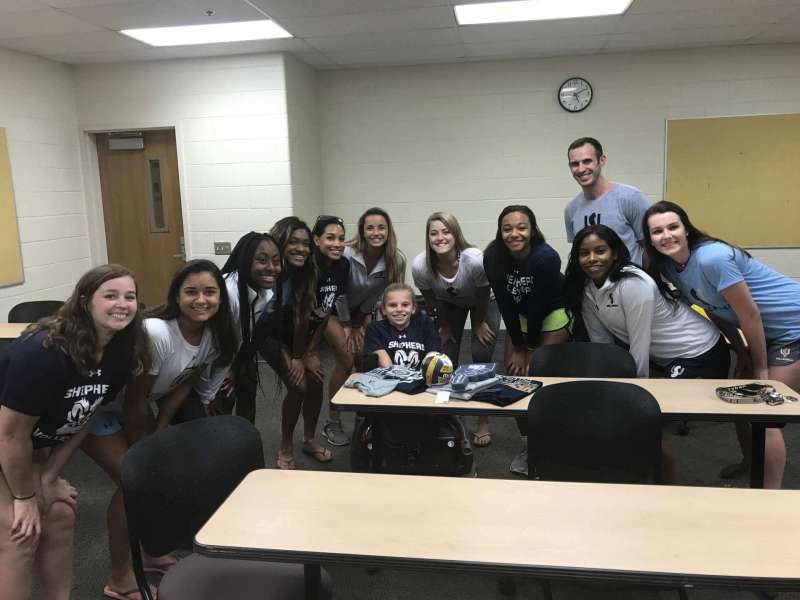