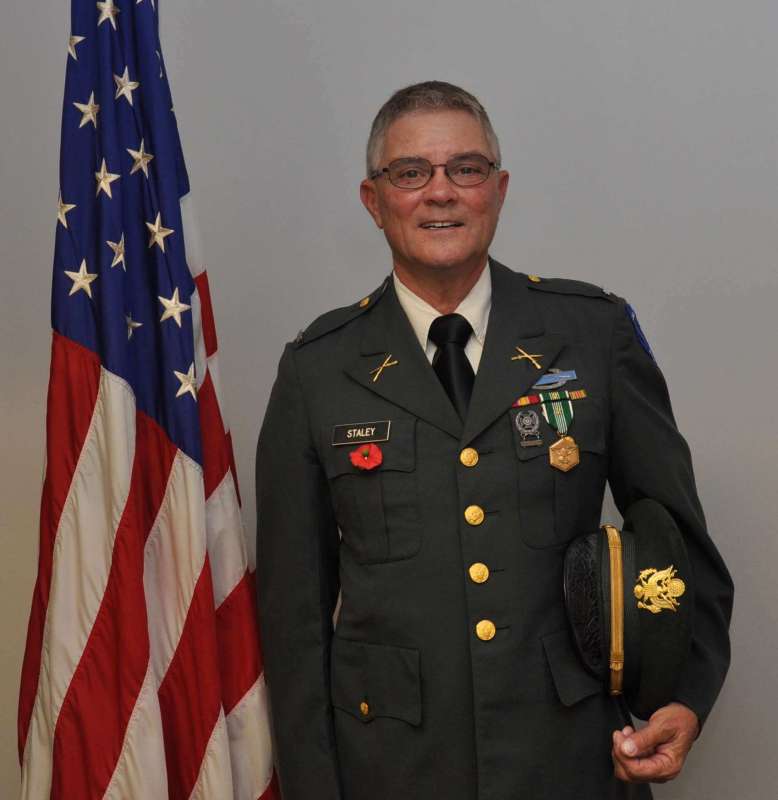 Jim Staley ’68, a U.S. Army veteran, was the guest speaker at Shepherd’s Veterans Day Program November 11. Staley served for many years as the 4-H extension agent in Jefferson County before his retirement. He was the master of ceremonies during President Mary J.C. Hendrix’s inauguration ceremony in April. He and his wife, Mary “Peachy” Barney Staley ’70, who is one of the founding members of the women’s philanthropy group WISH (Women Investing in Shepherd), live in Shepherdstown.