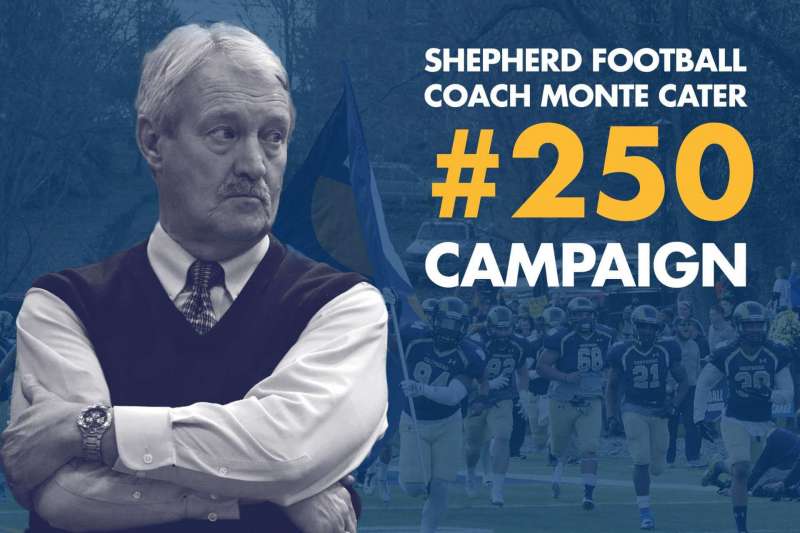 Former Shepherd Ram Jim Signora ’93, who was one among the first to play for head football coach Monte Cater, has issued a challenge to match dollar for dollar all donations up to $5,000 to the Cater #250 campaign during the 2016 season. The campaign, which began in March in recognition of Coach Cater’s milestone 250th career win, will support the unrestricted needs of the pre-season nationally-ranked Shepherd Ram football team.

Supporters of the Shepherd University football program have two ways to give. Text RAMNATION to 41444 or gifts can also be made online at http://shepconnect.shepherd.edu/s/922/index.aspx?sid=922&pgid=882&gid=1&cid=1884&ecid=1884&post_id=0

Your participation in celebrating Coach Cater’s historical milestone is a valuable way to show your commitment to assist the Rams in returning to the national championship in Kansas City.