Shepherd’s 144th Commencement on May 6 marked the first time a separate ceremony was held for graduate students.

Sixty-four graduate degrees were awarded during the Saturday morning ceremony held in the Frank Center Theater. Dr. John E. “Quincy” Adams ’71 and ’73, who was instrumental in the creation of Shepherd’s Master of Arts degree in college student development and administration, was the speaker for the graduate ceremony. Adams was awarded a Doctor of Pedagogy honorary degree. To see photos from the graduate ceremony, visit Shepherd’s Flickr album at https://www.flickr.com/photos/shepherdu/albums/72157681382813911 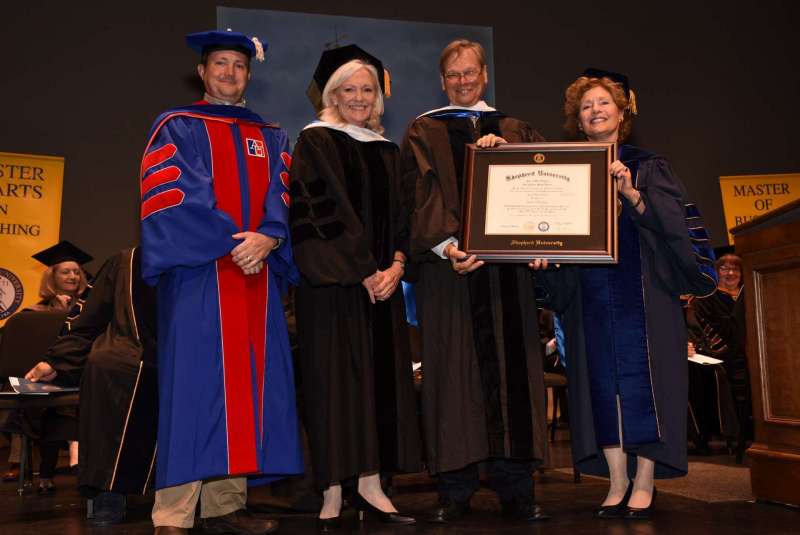 The Butcher Center arena was the site of the undergraduate commencement ceremony where 748 undergraduate degrees were conferred. The ceremony, which began at 1:50 p.m., featured business leader and former Coast Guard officer Fred T. White as the speaker. White was awarded a Doctor of Business honorary degree. Also honored during the ceremony was alumnus Michael A. Smith ’89, president of the Shepherd University Foundation, who received the President’s Award in recognition of his extensive leadership and philanthropic contributions to Shepherd University. Photos from the undergraduate ceremony are available at https://www.flickr.com/photos/shepherdu/albums/72157680397515103 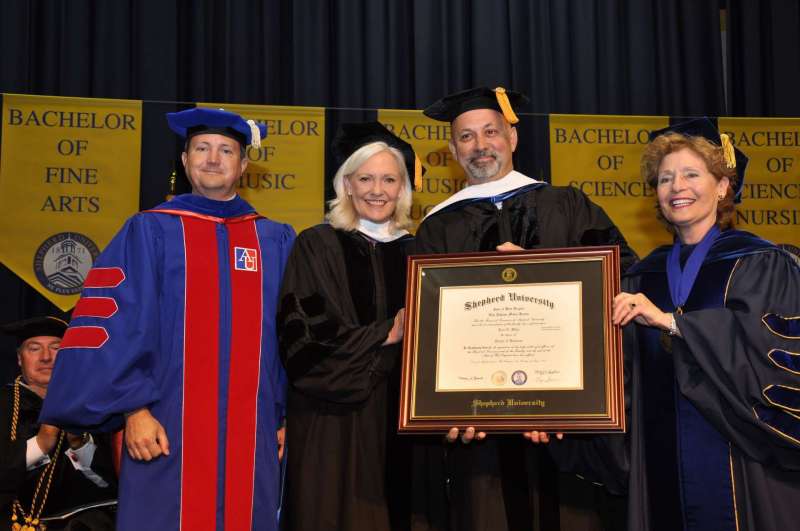 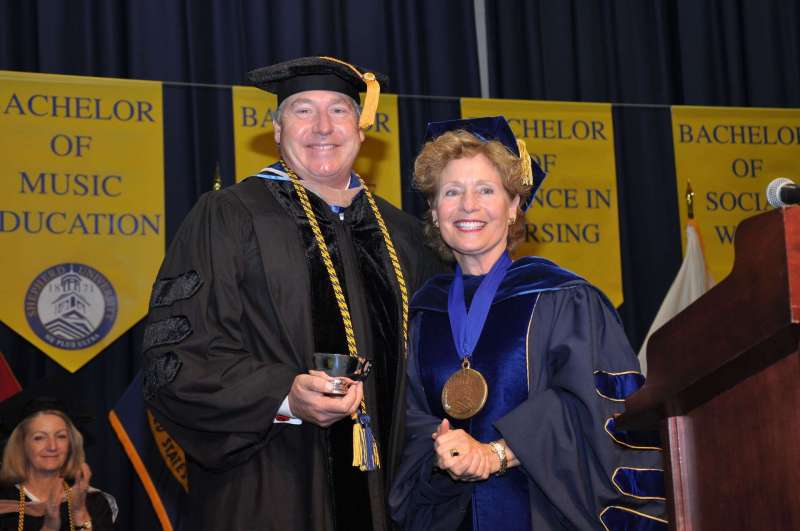 Special event for athletes on May 8

Several student athletes were unable to take part in commencement on May 6 because they were playing in post-season games. They received their diplomas during a ceremony May 8 in the Frank Center Theater. 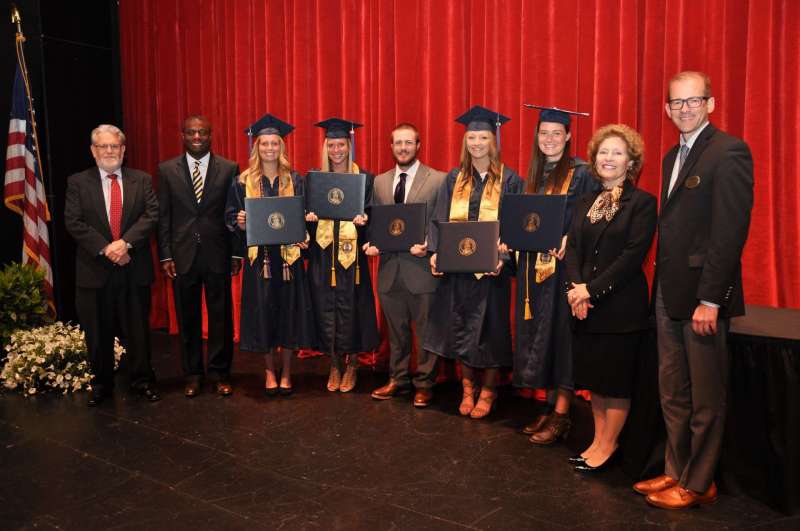