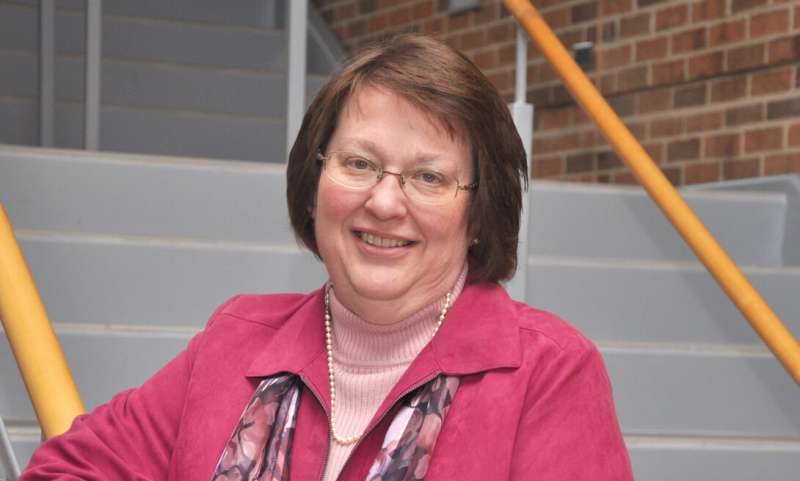 Dr. Laura Clayton, professor of nursing education at Shepherd University, was recently named as one of five finalists for the West Virginia Humanities Council’s 2011 Faculty Merit Foundation Professor of the Year.

“I’m extremely honored to be nominated and chosen to represent the Shepherd faculty,” said Clayton. “To be named a finalist at state level was humbling.”

Clayton cofounded the Emmanuel’s Table Free Clinic in Martinsburg in 2006, serves on the Eastern Panhandle Medical Reserve Corp Steering Committee, is the peer reviewer for Nursing Education Perspectives by the National League for Nursing, and is the president of the board of directors for the Shenandoah Valley Medical System.

Clayton received her certification as a certified nurse educator by the National League of Nursing in 2010.

Clayton said the best thing about being a nursing education professor is preparing students for careers in nursing and health care. “I love being an educator and nurse,” she said. “I love hearing from students as alumni, and finding out what they are doing to benefit the community, and how they’re making a difference in the lives of the patients they’re caring for. It’s be best of both worlds to be a nurse and a teacher.”

The Faculty Merit Foundation was started to recognize and reward excellence in higher education at private and public colleges and universities across the state. Candidates are nominated by their students and colleagues. Final candidates will be interviewed by the board in Charleston in January. The five finalists will be honored at a March 13 reception and banquet in Charleston where the 2011 Professor of the Year will be announced.

The award winner receives a $10,000 cash prize, with smaller awards to the other finalists. The Professor of the Year award is presented with financial support from United Bank.

Shepherd faculty members who have previously been honored by the Faculty Merit Foundation include Dr. Ed Snyder, Dr. Sylvia Shurbutt, and Dr. Linda Tate, who were winners of the Outstanding Professor of the Year award in 2010, 2006, and 2004, and Dr. Scott Beard and Dr. Jerry Thomas, finalists in 2009 and 2007.