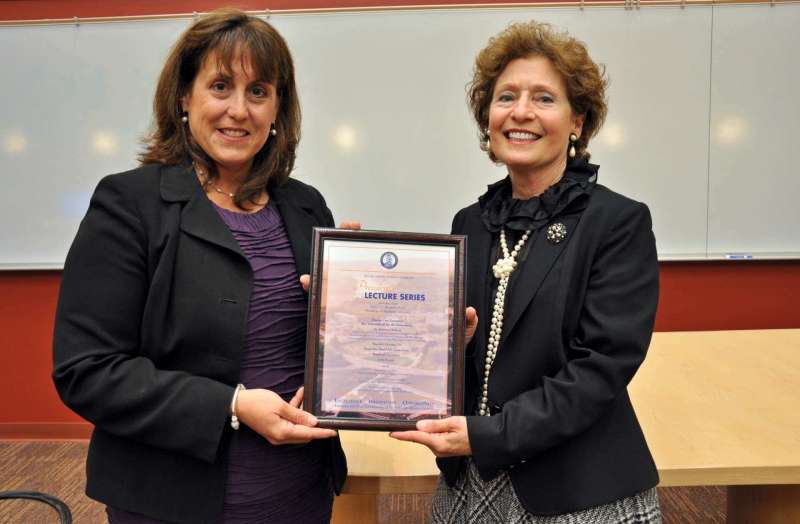 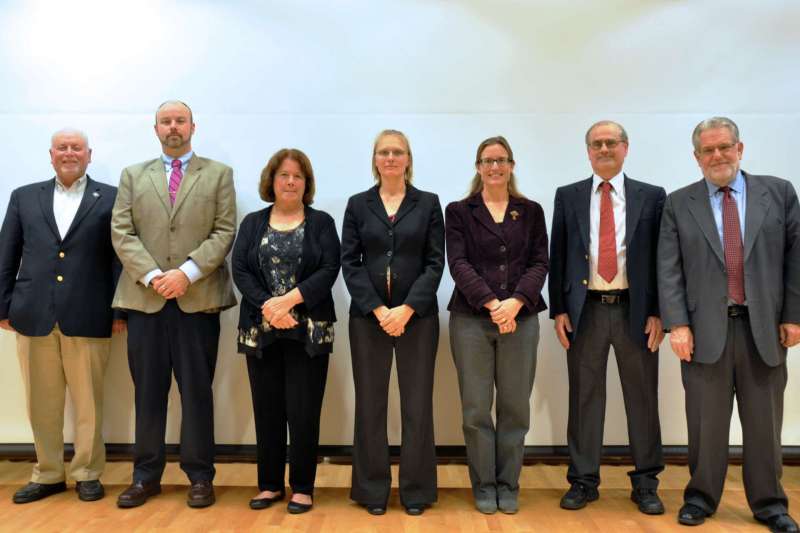 Dr. Roberta DeBiasi, chief of the Division of Pediatric Infectious Diseases at Children’s National Health System and professor of pediatrics and microbiology/immunology/tropical medicine at the George Washington School of Medicine, discussed the threat of the mosquito-borne Zika virus and its spread in the United States during her President’s Lecture Series presentation, titled “Zika on our Doorstep: Key Information for the Community,” on October 10.

Six Shepherd professors discussed the importance of this year’s Nobel Laureates’ works, the nature of the prize in that discipline, the past recipients, and the impact it has on the world during the October 17 President’s Lecture Series. Provost Chris Ames introduced the lectures.

Dr. Kathy Reid, professor of economics and chair of the Department of Economics and Finance, spoke about the winners of the Sveriges Riksbank Prize in Economic Sciences. The prize was awarded jointly this year to Oliver Hart, Harvard University, and Bengt Holmström, Massachusetts Institute of Technology, for their contributions to contract theory.

Dr. Carol Plautz, associate professor of biology, discussed the winner of the Nobel Prize in Physiology or Medicine, which was awarded this year to Yoshinori Ohsumi, Tokyo Institute of Technology, for his discoveries of mechanisms for autophagy.

Dr. Joe Robbins, associate professor of political science and chair of the Department of Political Science, spoke about the Nobel Peace Prize winner, President Juan Manuel Santos of Columbia, who won the award for his efforts to bring the country’s more than 50-year-long civil war to an end.

Dr. Dan DiLella, professor of chemistry and chair of the Department of Chemistry, discussed the Nobel Prize in Chemistry winners—Jean-Pierre Sauvage, University of Strasbourg, Sir J. Fraser Stoddart, Northwestern University, and Bernard L. Feringa, University of Groningen. They were awarded the prize for the design and synthesis of molecular machines.

Dr. Jim Lewin, professor of English, discussed the winner of the Nobel Prize in Literature—singer-songwriter Bob Dylan. He won the prize for having created new poetic expressions within the great American song tradition.