SHEPHERDSTOWN, WV — For outgoing Executive Vice President Monica Lingenfelter, the Shepherd University Foundation’s diamond jubilee celebration held on May 22 was a special night. The reception, which celebrated the Foundation’s 60 years of service to Shepherd University and honored Lingenfelter’s impending retirement after 25 years, was highlighted by the announcement of a $1 million gift by former Foundation President Mike Smith ’89.

One of three Foundation presidents on hand, Smith stunned the crowd with his extraordinary donation in support of the College of Business. Smith, along with former Foundation President Ray Alvarez ’62, was instrumental in the Business 2020 fundraising campaign created in 2016 to revitalize the University’s business program.

More than 100 alumni, community members, faculty, and staff were present for the event held at the Bavarian Inn in Shepherdstown. In addition to remarks by Smith, Alvarez, and current Foundation President Chris Colbert ’95, the program featured sentiments by Shepherd University President Mary J.C. Hendrix ’74 and Dr. Carol Ann Durand ’64 on the Foundation’s achievements under Lingenfelter’s leadership. Lingenfelter was presented with a plaque recognizing her many years of dedicated service which will be affixed to a bench in front of historic McMurran Hall.

“I can recall how thrilling it was when the first million was reached,” said Durand, whose father William “Pappy” Thacher served as the first Foundation president. “Those folks then would certainly be in awe of the gains the Foundation has made while [Monica] was executive vice president.” 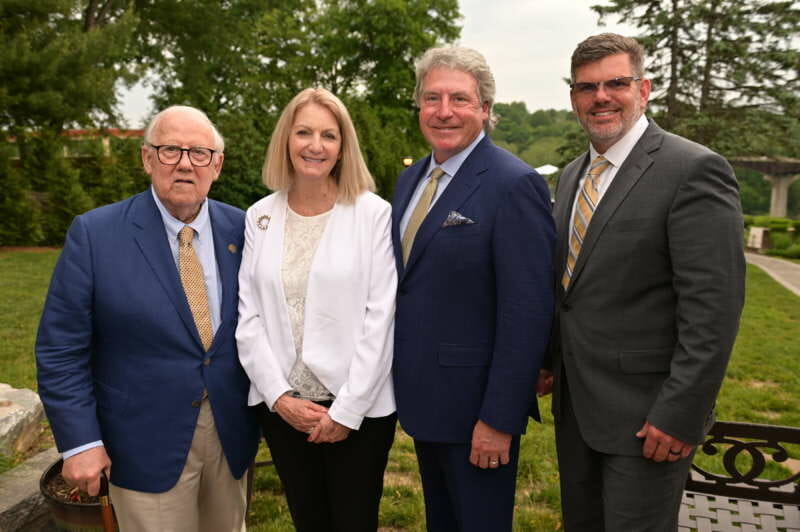