SHEPHERDSTOWN, WV — Shepherd University and Fort Ritchie (located in Washington County, Maryland) are partnering on several projects designed to benefit Shepherd students and community members and highlight the significance of the historic military base in the nation’s culture and history. The former military base was purchased by John Krumpotich, a business developer in the area, who has created a master plan that includes homes, lodging, restaurants, retail space, and event venues on the property.

President’s Lecture Series
Landon Grove, director/curator of the future Fort Ritchie History Museum, will give a President’s Lecture at Shepherd on September 26 at 6:30 p.m. in the Robert C. Byrd Center for Congressional History and Education auditorium.

A Washington County native born in the shadow of Antietam, Grove earned his bachelor’s degree in history education from Salisbury University and a master’s in U.S. history from Indiana University Bloomington. He lives just a few minutes from Fort Ritchie and for the past two years has been working hard to develop a state-of-the-art display of items, documents, and photos to showcase the amazing story of the Ritchie Boys and to celebrate the local veterans.

“The support on both a local and state level for our museum has been phenomenal,” Grove said. “Thanks to legislation bolstered by local leaders in Washington County, Governor Hogan signed a bill into law this month which awarded $400,000 to rehabilitate two former mess halls into a large-scale museum and research center.”

Academic and Internship Opportunities
Dr. James Broomall, Shepherd associate professor of history and director of the George Tyler Moore Center for the Study of the Civil War, has been working with Grove, giving students valuable opportunities to understand Fort Ritchie’s role in American history.

“In both instances, Landon discussed the site’s history, we visited a number of buildings, and talked about the site’s future,” Broomall said. “The tour was rather in-depth and highly educational.”

Broomall has an ongoing project in which students are working to create an online tour of the site’s buildings based on period maps, building plans, and other materials that Grove provided. Grove said there are plans to assist students with historical, architectural, and archival research as the museum at Fort Ritchie continues to grow.

“We also plan to partner with the history department to offer internships at the museum,” Grove said.

Broomall said future internships would be in the areas of archives, preservation, and/or museums.

Public Events and Lifelong Learning
Shepherd’s Department of English and Modern Languages is planning future events related to Fort Ritchie, including a Lectures and Libations event focused on the Ritchie Boys, made up of Jewish men who had escaped the Nazis and were called upon to serve in a U.S. special German-Austrian unit of Military Intelligence Service as officers and enlisted men during World War II who were trained at Camp Ritchie.

Dr. Timothy Nixon, professor of English, is an expert on Klaus Mann, writer, Ritchie Boy, and son of Nobel Prize-winning novelist Thomas Mann. Nixon, who edited the collection of Klaus’s previously unavailable materials, plans to give a lecture on Klaus and his time at Camp Ritchie. Author J.D. Salinger was also a Ritchie Boy; his time at Camp Ritchie could serve as the subject for another partner event.

Shepherd and Fort Ritchie are in discussion for additional events and educational partnerships. Grove said he is open to working with more classes and professors as the opportunities arise. For example, Grove is currently working with Shepherd’s Lifelong Learning program to offer one-day classes that will have both lecture and tour components.

In 1998, Fort Ritchie was closed by the U.S. government to save federal funds and fell on hard times. The “Ritchie Revival” aims to ensure that the Fort comes back better than ever, bringing retail shops and restaurants, office space, community space, and housing to the historic site. The Ritchie History Museum is scheduled to open in the summer of 2022 and will exhibit Ritchie’s incredible military history, its closure, and now its rebirth. Museum visitors will learn about the Ritchie Boys and their World War II efforts and view rare weapons, documents, and photos from the period.

“Shepherd University is very fortunate to have the opportunity to collaborate with John Krumpotich, Landon Grove, and their colleagues,” said President Mary J.C. Hendrix. “This remarkable introduction occurred through a close friend and research coworker, Elisabeth (Liz) Seftor, whose father was a proud Ritchie Boy, Paul Rabinek. Liz and her siblings have shared photographs, clothing items, and other keepsakes with the Ritchie Museum. A private tour of Fort Ritchie last summer inspired our ongoing partnership, and we look forward to preserving the rich history of the past by telling the story to future leaders and model citizens.”

The Fort will celebrate its Summer Kickoff the weekend of June 24-26 with its inaugural farmers market, a fireworks spectacular, and a car show, plus vendors and food booths. 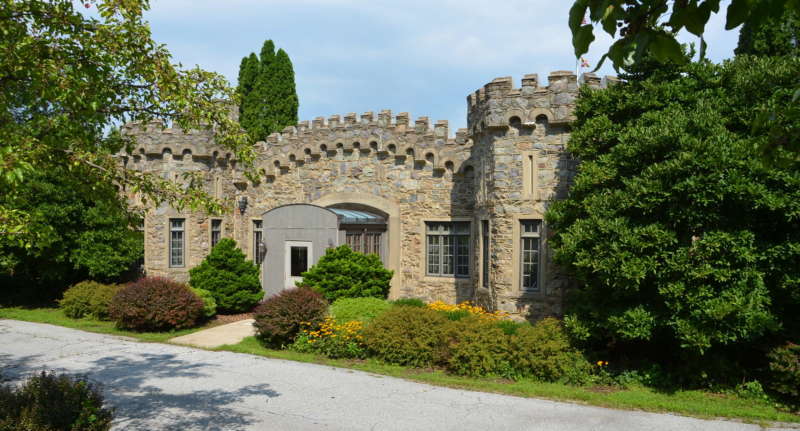