“I tried the SU logo and I tried to figure out how to include McMurran Hall. They just did not work right,” Donaldson said. “The ram actually worked out the best. I blew up a picture, printed it as a poster, cut it out from there, then appliqued it onto the gold piece behind it. It was so inspirational. It went together well.”

Calling sewing her passion, Donaldson used to make costumes for plays and ballets and took up quilting about five years ago. Donaldson came up with the concept of creating a quilt during a library meeting where staff discussed the university’s sesquicentennial.

“It took about six months to design, cut out, and quilt,” she said. “Before I made the larger quilt, I created a smaller version as a mock up that I gave to a coworker as a retirement gift.”

Donaldson said making the ram quilt inspired the idea of making a signature quilt—a type of keepsake quilt with names stamped, written, or embroidered on the squares. Signature quilts were popularized in the mid-1800s.

“Signature quilts are great memory quilts for any kind of major celebration,” Donaldson said. “In some cases, quilters would send out squares to celebrities, or presidents, or whomever they wanted to have on their quilt. The person would sign it, send it back, and then the quilter would put together the signature quilt. It’s basically a good way to have a memory of who is important and whatever is going on with the 150th anniversary of Shepherd.”

Using blue, white, and yellow fabric, Donaldson made 270 four and a half-inch quilt squares. They are available in the library for students, employees, alumni, and community members to sign and decorate. Anyone who wants to participate can take a square from a basket sitting just inside the main library doors and decorate it using permanent markers. Donaldson recommends leaving a quarter inch border so the words don’t get sewn in. Once all the squares are decorated, Donaldson will sew them into a queen size quilt. She is excited about how creative people have been with the project.

“Four squares put together have drawings of McMurran and other campus symbols,” she said. “We’ve had quotes from Dylan Thomas. Other students have just signed it. Mostly there are just little words of wisdom for our 150th anniversary. The artwork has been phenomenal.”

Both quilts will go to the Scarborough Library archives for future generations to enjoy.

“I think it gives a good sesquicentennial vibe to the library,” Donaldson said of the quilt hanging in the reading room. “I’m pretty proud.” 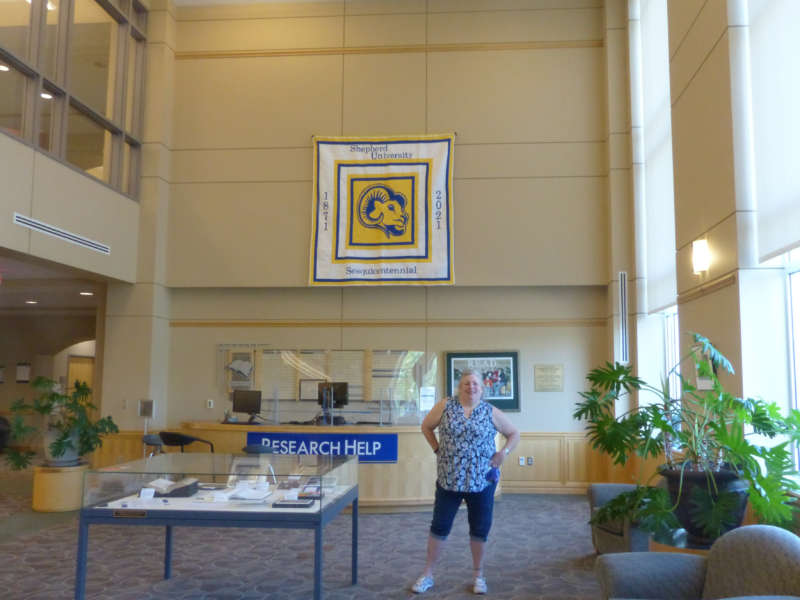 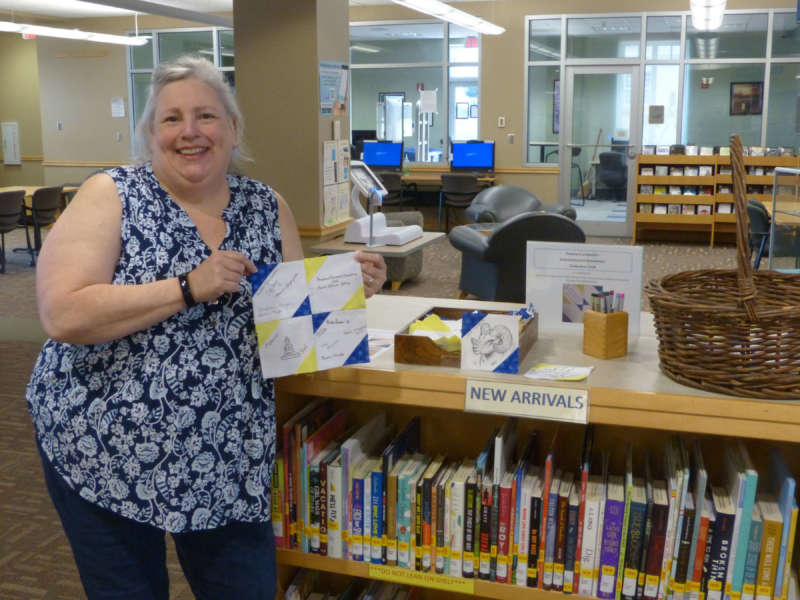