SHEPHERDSTOWN, WV — Fans attending Shepherd University women’s softball games during the spring semester were able to keep better track of how the Rams were doing thanks to a new scoreboard. 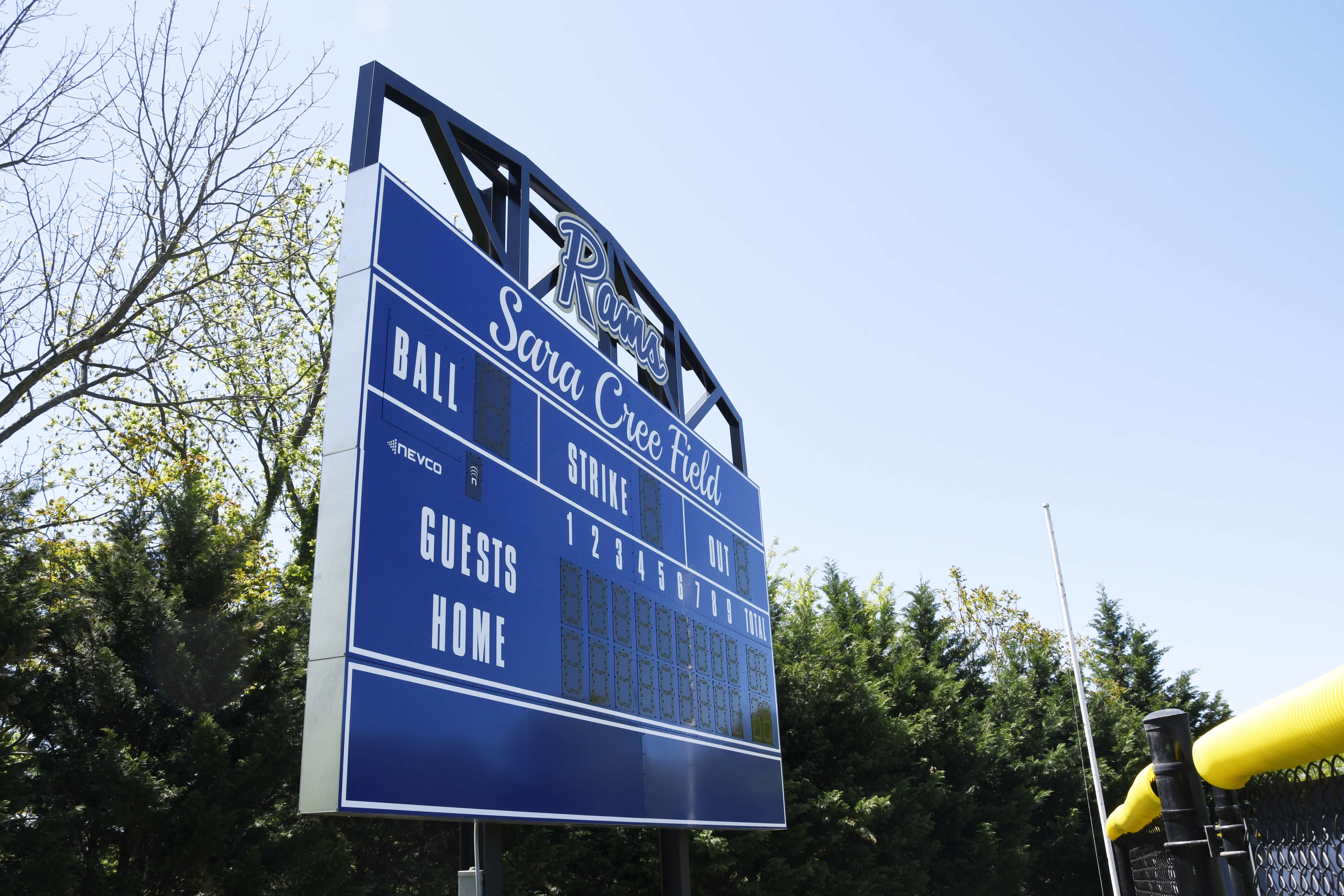 The $27,000 board is about two feet wider and six or seven feet taller than the old one, which literally died at the beginning of this spring’s season. The new board also offers more information. The old board only listed outs, strikes, and runs. The new one includes information for each inning and is comparable to the board on the men’s baseball field.

“It has a truss on it, which is a decoration on top with the script rams,” said Chauncey Winbush, vice president for athletics. “We were able to put a panel on it with Sara Cree Field. We named the field after [former professor of physical education] Sara Cree a few years ago. It’s really added to the aesthetics of the field.”

“I feel like it completes our field,” said Marissa Leslie, head softball coach. “It makes the field feel more like a stadium and gives us the extra pizzazz that we needed. Compared to other facilities that we’ve been to; I think we definitely have one of the nicest in our conference now.”

Efforts by the Shepherd University Athletic Club (SUAC) and some alumni made purchasing the scoreboard possible. Winbush said SUAC and alumni raised $23,000 toward the cost and the University made up the $4,000 difference. Winbush calls help from supporters critical to keeping athletic facilities up to date.

“Unfortunately, the state budget doesn’t allow for the support of initiatives like this, so it behooves me as the athletic director with the help of entities like the SUAC to raise funds outside of what the state budget permits,” he said. “That external assistance is critical, so we’re really grateful for everybody who was part of this project.”

The Ram women’s softball team made it into the Pennsylvania State Athletic Conference tournament this year, falling to Bloomsburg in an elimination game.

Winbush said the next big project on the athletics list is repainting the Butcher Center gym floor in summer 2023. 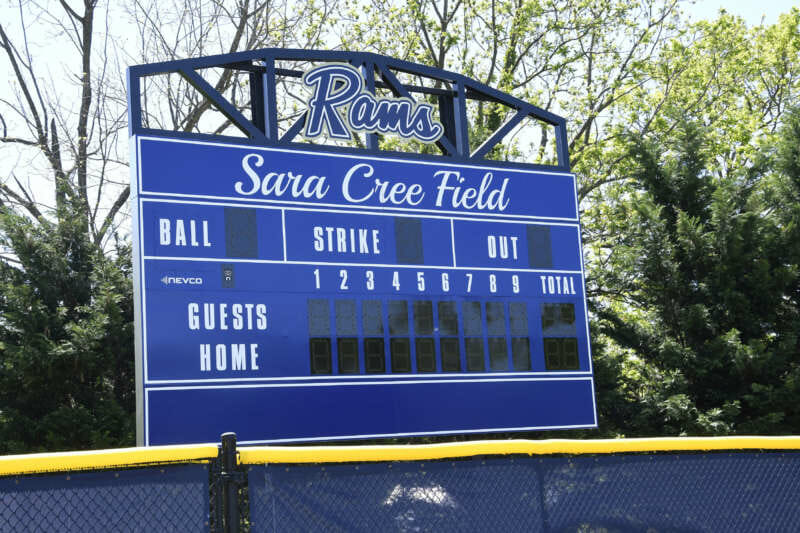