SHEPHERDSTOWN, WV — A mosaic honoring the 50th anniversary of women’s intercollegiate basketball at Shepherd University is now hanging in the Butcher Center. 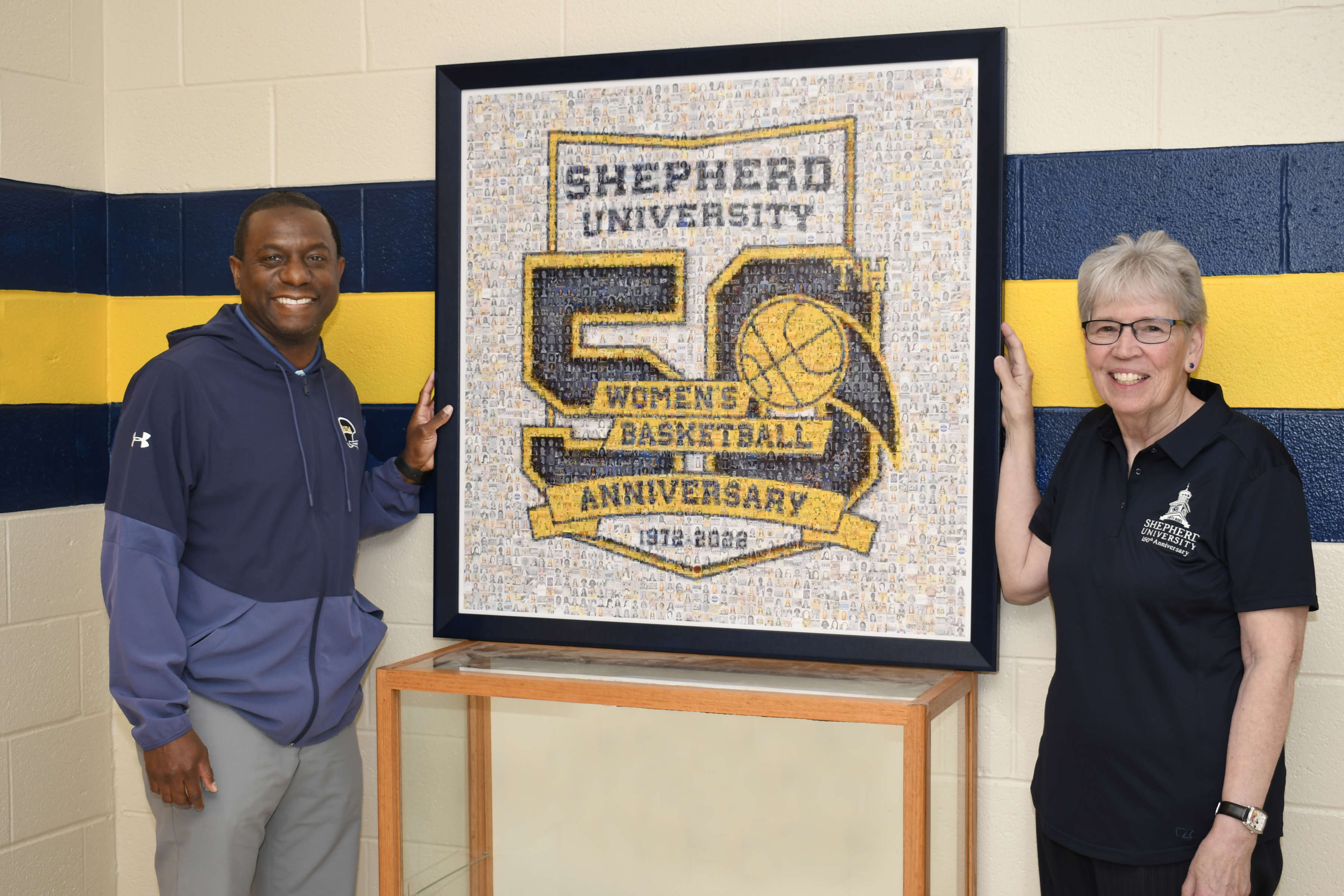 The mosaic is the brainchild of Lin Staub ’74, who was a member of the inaugural 1972 team, which was started the same year that Title IX, the law prohibiting sex-based discrimination in any school receiving federal funding, took effect. The mosaic has photos of members from the first team and many that followed.

“I was able to capture 42 out of the 50 years,” Staub said. “For the future people will be able to see who players and coaches are. I also created a document that’s almost two gigabytes that has all the names, the years they played, and their pictures.”

In addition to hanging on the wall of the Butcher Center, the mosaic will be made available online for those who want to search for players and save photos.

In December 2017, Staub and Patricia A. Sigle ’75 kicked off a campaign to raise money for the Shepherd University Women’s Basketball Alumnae and Friends Fund to support the women’s team. The goal is to raise $50,000 and they are challenging former players, coaches, and friends of the women’s basketball program to show their support with private gifts and pledges through the Shepherd University Foundation.

Staub said the mosaic is yet another way to leave a legacy of women’s basketball and to highlight the players who have been involved over the years. She hopes the mosaic helps convey that basketball is more than just a game.

“It’s people and coming together and having a wonderful opportunity,” Staub said. “As a result of me playing basketball here in ’72, I still have college friends from the team. It’s wonderful to stay connected and be a part of something. I’m hoping that people feel like they’re connected and that the new players coming in will see that there are a lot of people who came before them.”

Staub said women’s basketball has changed in the years since she played for Shepherd. For instance, there are many more games in a season, teams have gone from six players to five, the ball size has changed, and the court, three-point circle, and 30-second clock are all different.

“There are lots of trophies and accolades that you can get now,” Staub said. “In 1972 we were happy to buy our own T-shirts from the bookstore and play the game because there was no money for women’s basketball. “I think the pure love of the game and the opportunity is what kept us all going.” 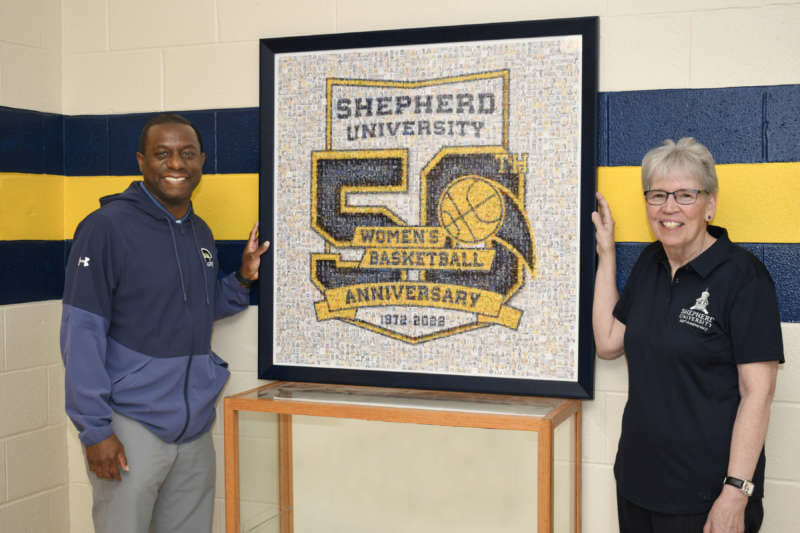