SHEPHERDSTOWN, WV — Shepherd University is initiating a new lecture series to honor the memory of Brig. Gen. Wayne “Speedy” Lloyd, a Shepherd alumnus, and to educate the campus and community about the personal experiences of our country’s military leaders. The first lecture, which is free and open to the public, will take place Tuesday, April 11, at 7:30 p.m. in the Erma Ora Byrd auditorium. The lecture will be preceded by a ribbon cutting ceremony at 6:45 p.m. of the new Shepherd University Veterans Center on the main floor of Gardiner Hall.

The lecture speaker will be Maj. Gen. Eric Vollmecke, deputy director for strategic initiatives for strategic plans and policy, joint staff, the Pentagon. Vollmecke is also the former assistant adjutant general-air, West Virginia National Guard, and former commander of the 167th Airlift Wing in Martinsburg. Vollmecke will talk about his military service and will share stories about his former friend and colleague, Speedy Lloyd.

“We look forward to having Maj. Gen. Vollmecke as our inaugural speaker,” said Dr. Tom Segar, vice president for student affairs. “We plan to host four lectures each year, two in the fall semester and two in the spring semester. This series will provide a wonderful learning opportunity for the campus and community members.”

Vollmecke was commissioned in 1982 through the Reserve Officers’ Training Corps program at The Citadel. He began his career as a communications officer which culminated at Headquarters, United States Air Force Staff, leading system development initiatives on the Worldwide Military Command and Control System. In 1987, he transitioned to the West Virginia Air National Guard and earned his pilot wings. Vollmecke has held numerous leadership and command positions at the squadron, wing, and major staff levels while also balancing a corporate career in the technology field.

Vollmecke has served in tactical and operational roles in Panama, Desert Shield/Storm, Bosnia, Kosovo, Operation Enduring Freedom, and Operation Iraqi Freedom, to include commanding the 451st AEG, Kandahar, Afghanistan, in 2005. He shaped the formulation of the Air National Guard’s modernization strategy across all major weapon systems, mission areas, and warfighting mediums for overseas and domestic operations. In April 2013, Vollmecke was selected as the deputy commanding general for United States support to French forces conducting combat operations in Mali, later training West African forces from 15 countries for the United Nations peacekeeping mission. Before his assignment to the Joint Staff, Vollmecke served as the Air National Guard assistant to the commander, United States Air Forces in Europe/Air Forces Africa.

For more information, visit www.shepherd.edu/speedy-lloyd-series or contact Segar at tsegar@shepherd.edu or 304-876-5214. 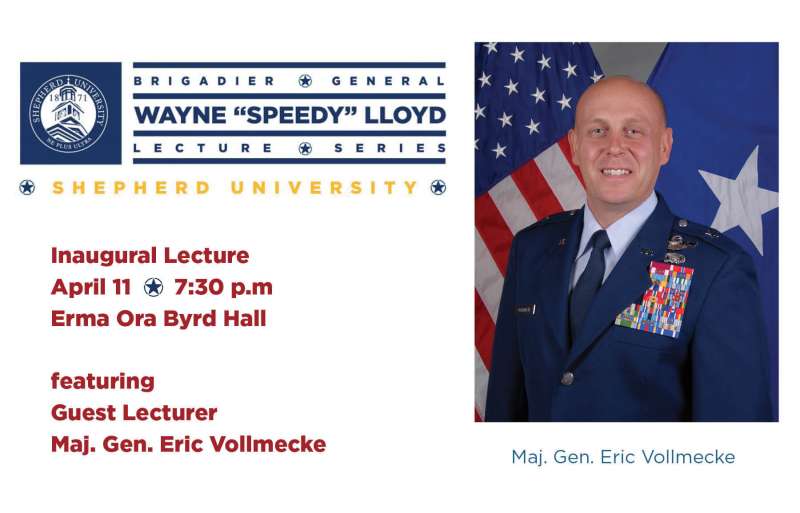 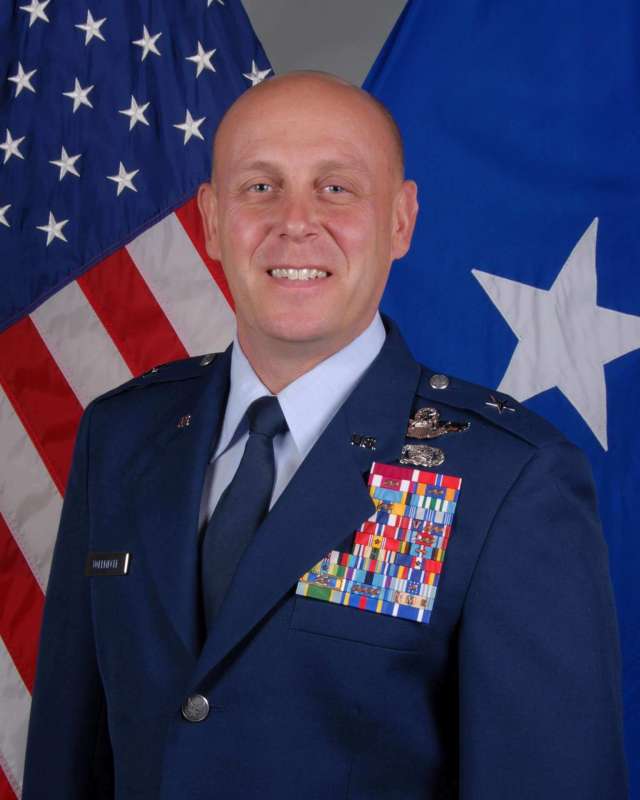