SHEPHERDSTOWN, WV — A Shepherd University student is hoping a community service project he’s involved in will help a West Virginia high school student in foster care eventually go to college. Robert Hall, a communications major from Elkins, has teamed up with a friend, Katie Hay, a senior at Loyola University who was once in the foster care system, to raise money through a nonprofit called Together We Rise that helps foster kids.

“I’ve always had a passion for helping people in need,” Hall said. “I feel blessed and fortunate with my education, so it’s something I want to help others get.”

Hall and Hay decided to raise $2,000 in 90 days to provide college scholarship money for a student in foster care. Hall is utilizing skills he’s learned in communications classes at Shepherd to help spread the word and generate donations through the Together We Rise website.

“A big part of campaigns is advertising over social media,” Hall said. “That’s what we’ve been doing—just putting it out there over and over again. People have been sharing it. Just spreading the word has been helpful.”

According to the website, there are 400,000 children in the foster care system across the country and 84 percent of them say they want to attend college. About 20 percent will get the chance to go to a four-year college, and only three percent will earn a bachelor’s degree.

“It’s important that we raise that number up so more kids in foster care can go to college,” Hall said. “For someone in the foster care system it’s just not easy. They don’t have all the resources I have.”

In addition to raising money for kids in foster care, Hall was able to put his marketing and public relations skills to work during an internship this past summer at Children of Uganda, a nonprofit organization with offices in Charles Town that helps children and women in the African country.

“Anything that you do with a charity event gives you personal satisfaction,” Hall said. “To see someone succeed and have their dreams come true, that’s very fulfilling.”

The campaign to raise money for a foster care scholarship has been going on for about two weeks, and Hall and Hay have reached almost 90 percent of their goal. Hall said he and Hay are so encouraged by the response that they might double the goal. For more information, visit www.togetherwerise.org/fundraise/r_k_scholarshipfundraiser. 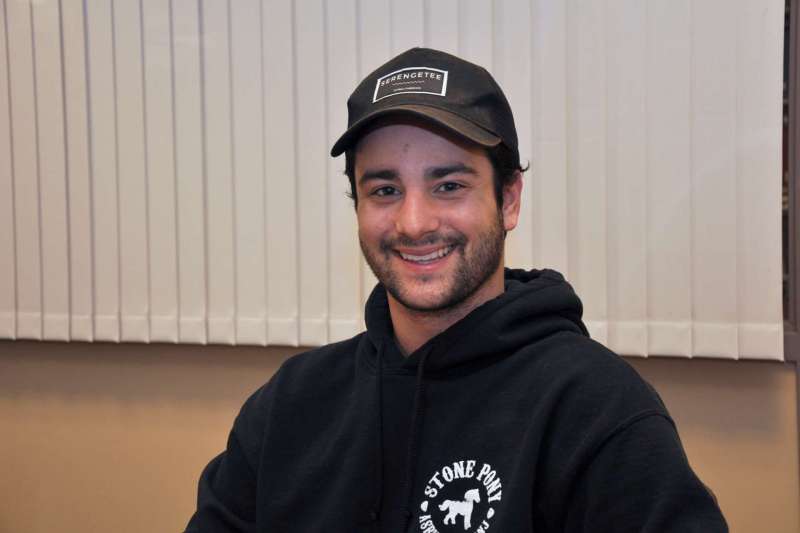