SHEPHERDSTOWN, WV — The director of Shepherd University’s George Tyler Moore Center for the Study of the Civil War (GTMC) is working on a new book titled “Battle Pieces: The Imagery and Artifacts of the American Civil War Era” and hopes several recent fellowships will help enhance his research.

Dr. James Broomall is researching how Americans consumed the wartime experience, pointing out that almost as soon as battles ended, people descended onto battlefields to collect artifacts that ranged from human bones, sculls, and hair, to uniforms, bullets, weapons, wood with bullet holes, and other items that often ended up in large collections found in self-curated museums that popped up around battlefields in the late 1800s and early 1900s.

“The book runs from the pre-to-post Civil War eras and is themed around these different representations of death and violence,” he said. “On one hand, there was a heroic discourse that had been part and parcel of how Americans understood war—grand charges, depictions of mutual heroism, very grand scenes that were rooted in an earlier European tradition of the grand history painting. But, the violence of the American Civil War changed that vision because of the scale and uncertainty of the conflict and the velocity of small arms and artillery fire resulting in blasted landscapes and human carnage.”

Broomall is hoping that his participation in a National Endowment for the Humanities (NEH) seminar and two fellowships will help him make the book more insightful and interesting.

Broomall received a $2,200 stipend to participate in a virtual NEH seminar titled “The Visual Culture of the American Civil War and its Aftermath” through the City University of New York, which he describes as an intensive three-week crash course on thinking more critically on how we consume and use visual culture. He’s viewing a series of pre-recorded presentations and participating in live online sessions themed around the idea of visual representations with scholars, museum curators, and archivists.

“I think it’s going to help me as a scholar to process the types of evidence that I want to use for my book, to look at it with a more critical eye, and think about certain pathways that I hadn’t maybe pursued before,” Broomall said.

Other fellowships will give Broomall the opportunity to conduct research in two of the best repositories for letters and diaries of Civil War soldiers.

He received a $2,000 fellowship from The Military Historical Society of Massachusetts in Boston, which has a large collection of wartime letters from both Black and White army soldiers, including famed 54th and 55th Massachusetts.

“These African American soldiers tell a very powerful story about how this war to keep the country together is elevated ultimately into a war to abolish slavery and create universal freedom,” Broomall said.

Broomall pointed out the formerly enslaved had seen horrible sights in the south on plantations and he is curious about how they processed the experience of battle, and in particular and their personal, written representations of the war to people at home.

“It’s a rare window into the experiences of a population that in some cases you can’t always get at through the written record,” he said.

Broomall also received a $500 short-term research fellowship from the John L. Nau III Center for Civil War History, Albert and Shirley Small Special Collections Library, at the University of Virginia, which has a large repository of Civil War soldiers’ letters and diaries. The fellowship will give him the opportunity to take a deep dive into those collections to see how soldiers portray the experience of battle. 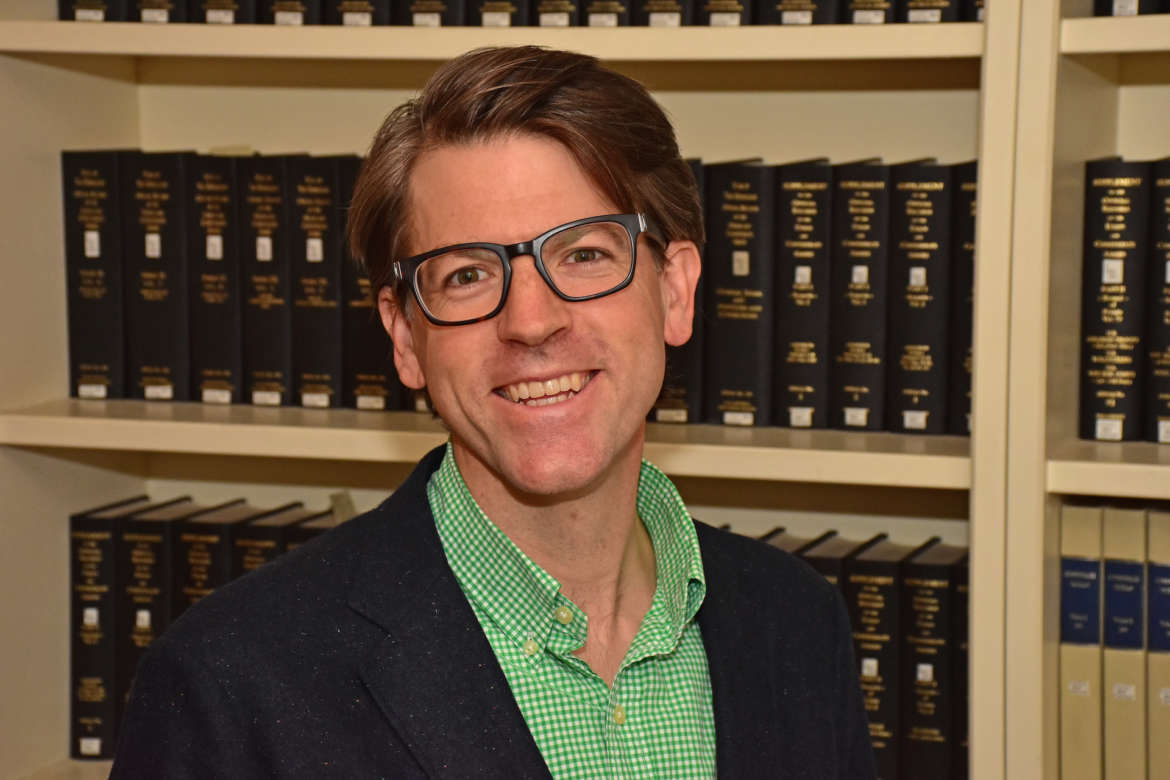