SHEPHERDSTOWN, WV — Shepherd University will celebrate its 150th anniversary during the 2021-2022 academic year with the theme “Honor the Past, Transform the Future.” Led by the Shepherd University Foundation and Office of Alumni Affairs, the sesquicentennial event will include a host of opportunities and events, beginning with an official kickoff during Homecoming weekend.

The 150th anniversary theme was chosen to remind the Shepherd community of the university’s historic origins while recognizing its continued commitment to excellence, innovation, and opportunity in training future generations.

Students, faculty, and staff, along with alumni and friends, are invited to celebrate Shepherd’s enduring legacy through a series of commemorative events beginning now with PAW-sitivity Month, a 150 Acts of Kindness effort. Throughout the month of July, the Shepherd University Alumni Association is featuring pets of alumni on its social media channels and accepting donations for participating animal shelters. The event will culminate on Friday, July 30, with a PAW-sitivity Party and Adoption Fair on the front lawn of McMurran Hall.

Shepherd’s 150th anniversary celebration will officially begin with a sesquicentennial kickoff event on October 23 immediately following the Homecoming game. The Shepherd community is invited to gather on the Midway, the open field in front of Ram Stadium, to enjoy music, socializing, lawn games, and light refreshments.

Additional projects to honor Shepherd’s sesquicentennial include a 150th anniversary commemorative brick program and the compilation of an oral history project. The Alumni Association is collecting stories from alumni to memorialize the history of the campus experience through the years. Oral histories are being collected at 1-800-982-1590 or email Publishing Concepts.

The celebration will culminate in April 2022 with a Ram Spirit Day campus beautification project and time capsule burial followed by a community block party. Across campus and throughout the academic year, departments and affinity groups are planning commemorative events in recognition of this milestone anniversary.

Shepherd opened its doors in McMurran Hall in September 1871, and on February 27, 1872, the West Virginia Legislature designated it as one of the six state normal schools. On July 1, 1930, Shepherd became a four-year teachers’ college and began granting Bachelor of Arts degrees. Shepherd was authorized to implement liberal arts programs in 1943, and in 1950 the Bachelor of Science degree was added. In 2004 Shepherd became a university.

To keep up with a growing list of 150th anniversary opportunities and events, or to donate a gift through the Shepherd University Foundation in recognition of Shepherd’s 150th anniversary, visit the 150th webpage, or contact Monica Lingenfelter, executive vice president, Shepherd University Foundation, P.O. Box 5000, Shepherdstown, WV, 25443-5000, 304-876-5397, or Sherri Janelle, executive director of development, 304-876-5043.

All gifts to Shepherd’s 150th Anniversary Fund will support vital programs and allow the continued growth of campus to benefit students, faculty, and staff. The impact of these donations will be felt for the next 150 years of excellence. 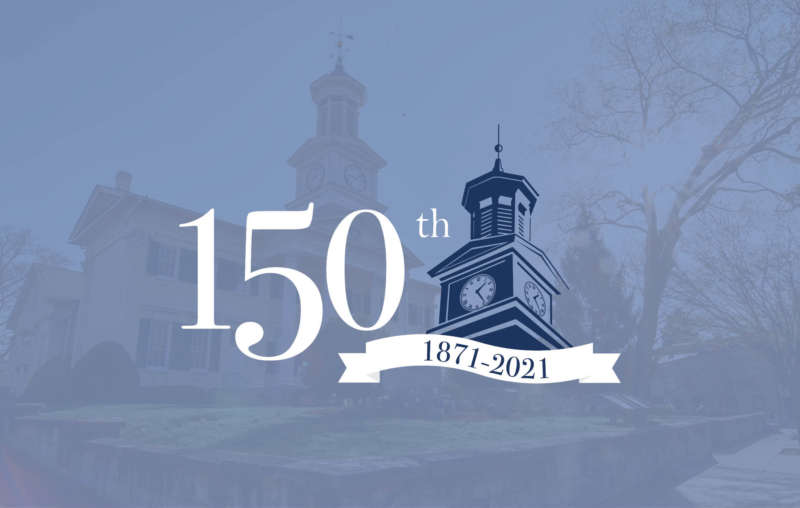