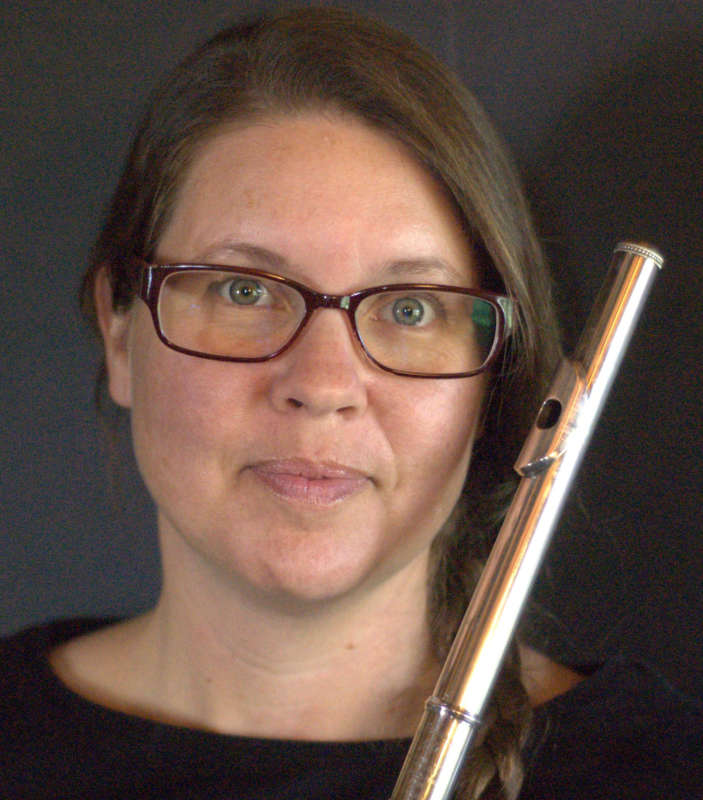 Andrea Diggs, a native of Virginia, had a childhood heavily enriched with classical and Appalachian music. She sang and took music lessons early on and knew in middle school that she wanted to be a professional flutist. In 2002, Ms. Diggs earned a Bachelor and in 2004 a Master of Music in Flute Performance from Shenandoah University in Winchester, VA where she studied with Frances Lapp Averitt and Charlene Romano. She received additional training from Jennifer Marlowe, and LaVerne Sargent. Her summer studies include The Pierre Monteux School for Conductors and Musicians, the Flute Orchestral Institute, and Shenandoah Performs, and she has studied voice with Barbara Hollinshead.

Before joining the Shepherd University faculty, Ms. Diggs taught music to Preschool through Middle School students in private, public, and community schools in West Virginia, Virginia, and Washington, DC. She has written curricula for beginning ensembles and directed many student performances. She also developed the Note-able Minds™ early childhood music program that relies heavily on improvisation to teach children the fundamentals of conversational music, which she has taught in many settings. Since 2008, Ms. Diggs has been teaching private flute and voice lessons to students age four through adult at Ellsworth Music.

Ms. Diggs was the founding Board President of Charles Washington Symphony Orchestra, and has been an adjudicator for woodwind and voice students in the tri-state region. She is always up for new and unusual ways to bring music to those who need it most.