All the Department News 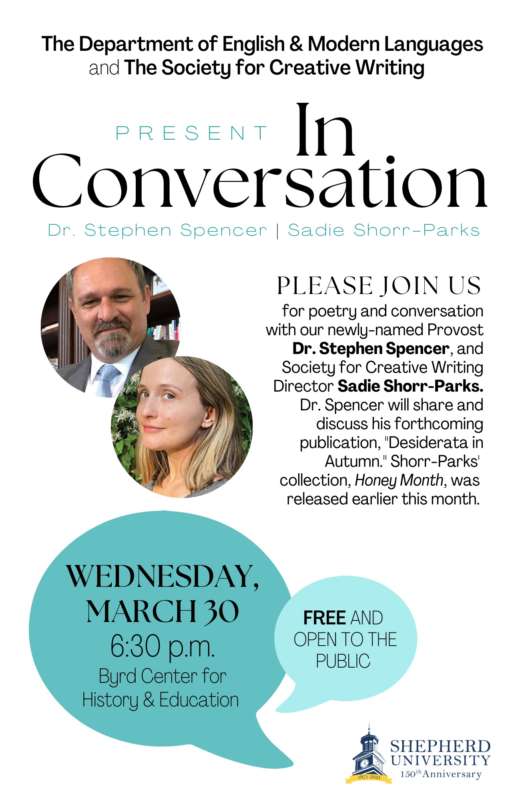 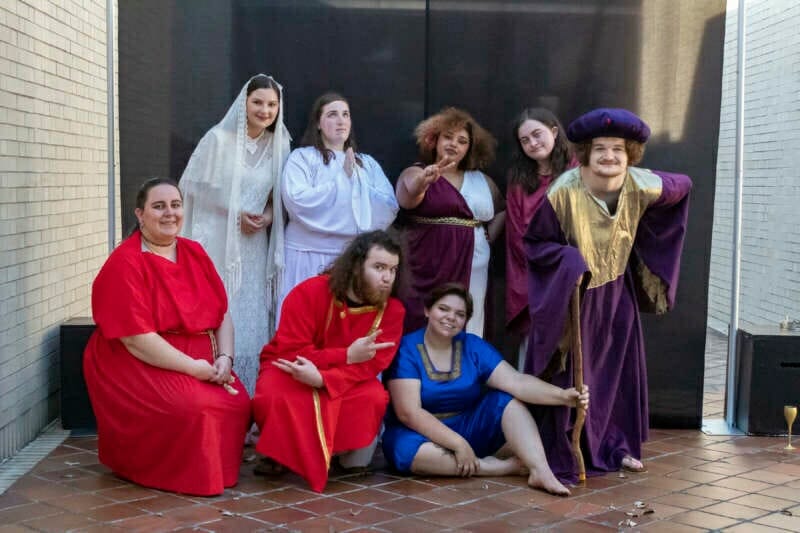 Shepherd University’s Stammtisch group gathered on Friday, February 25th, at the home of one of the frequent participants, Daan Vreugdenhil. Stammtisch is a German conversation group that is open to everyone, from native speakers to those just learning the language. The current plans are for the group to meet on Friday, March 11th; Friday, April 1st; and Friday, April 15th. The upcoming meeting on March 11th will be at 5:00 p.m. and will take place at Alma Bea’s restaurant in Shepherdstown (202 E. Washington Street). For more information, contact Dr. Rachel Krantz (rritterb@shepherd.edu).

The Rude Mechanicals will perform the sixteenth-century Spanish play, Joseph’s Wedding, in an English translation at the 2022 New College Conference on Medieval and Renaissance Studies in Sarasota, Florida. Dr. Betty Ellzey, Chair of the Department, will be taking the troupe down to Florida March 2nd through the 6th. English majors and minors in the cast are L Harvey, William Prudnick, and Olyvia Thompson. Break a leg and enjoy the beach everybody! 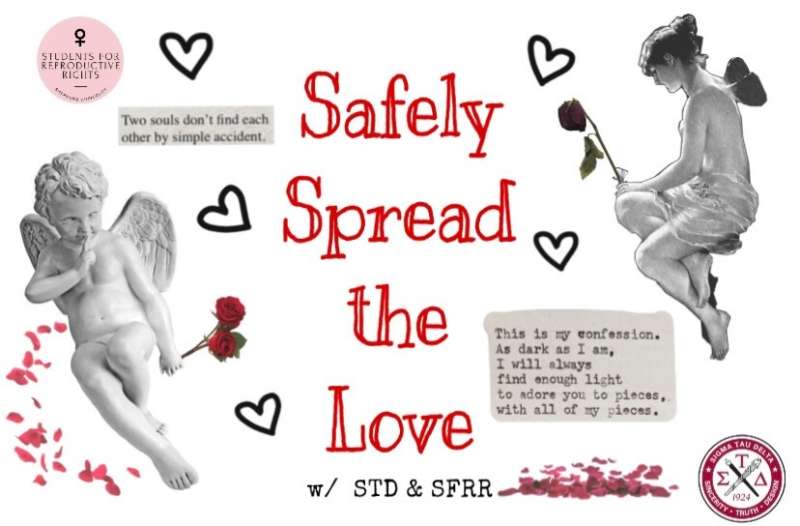 To celebrate Valentine’s Day, Sigma Tau Delta is teaming up with Students for Reproductive Rights and will be handing out roses with romantic and erotic poems attached. Take one for yourself! Give one to your crush! Give one to your best friend! Make a stranger’s day! Each poem will be labeled—romantic, sexual, or otherwise—to avoid giving the wrong poem to the wrong person. Members of ΣΤΔ will be handing out poems in a variety of places, including the Rams Den and the library, and leaving some roses for the taking in academic buildings. In the Rams Den, ΣΤΔ and Students for Reproductive Rights will also be giving out cupcakes, so make sure to drop by before they’re all gone! Finally, the organizations could use everybody’s help now. Faculty, friends, colleagues, and community members are encouraged to send romantic, sexual, wholesome, and/or friendly poetry to shepherdlovespoetry@gmail.com for use in the Valentine’s Day event.

Shepherd senior English major Emily Keefer has published her first novel, The Stars on Vita Felice Court. The book’s main character, Val Beckley, is facing what many teenagers experience—a yearning to escape her small hometown, which just happens to be in West Virginia. Emily’s novel grew out of a project she started in one of Dr. Carrie Messenger’s creative writing courses, and it has been published by Köehler Books. In addition to her fiction writing, Emily is a local columnist and full-time reporter; she has published over 250 bylined articles and written several feature sections in The Journal of Martinsburg, Around the Panhandle Magazine, and Country Connections/Jefferson Magazine. Emily plans to graduate this May. The Department of English and Modern Languages congratulates her on this milestone. Way to go, Emily! As Emerson said to Whitman, we “greet you at the beginning of a great career.”